No.1 seed John Isner out-hit young Aussie Alex De Minaur to reach the quarterfinals of the Atlanta Open, where he is a four-time champion. 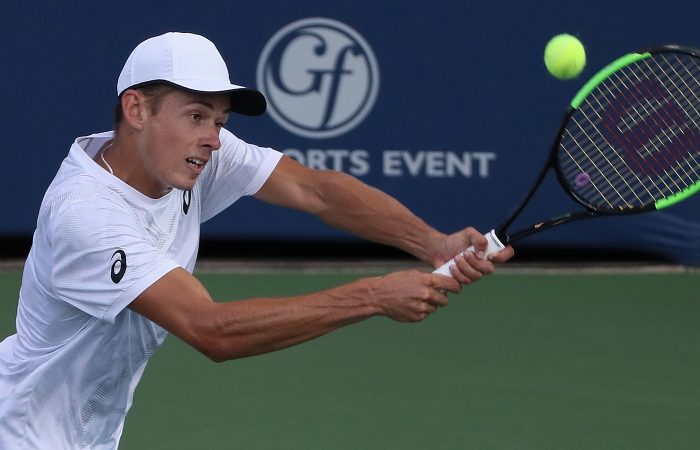 John Isner was in commanding form against Alex De Minaur in Atlanta on Wednesday night, beating the Australian teenager 6-3 6-2 to reach the quarterfinals.

Isner needed 63 minutes to wrap up victory, which sets up a meeting in the last eight with German Mischa Zverev.

The American, a four-time champion at the hard-court event, slammed 15 aces in the win over De Minaur, who in the first round had beaten Poland’s Hubert Hurkacz.

Isner broke serve twice in the second set, the second time on a De Minaur double fault to open a 4-1 lead.

Ebden, seeded fourth, kicks off the day’s play on Stadium Court against local wildcard Donald Young; the Aussie arrives in good form having won 12 of 17 matches since the French Open.

No.2 seed Kyrgios, a champion in Atlanta in 2016, plays the Stadium Court night match against qualifier Noah Rubin.

Like Ebden, Kyrgios comes into the event with plenty of confidence after going 7-3 during the grass-court season.

At the ATP 500 clay-court tournament in Hamburg, Queenslander John Millman faces top seed Dominic Thiem on Thursday afternoon (local time) for a place in the quarterfinals.

Millman beat German Jan-Lennard Struff in the first round.