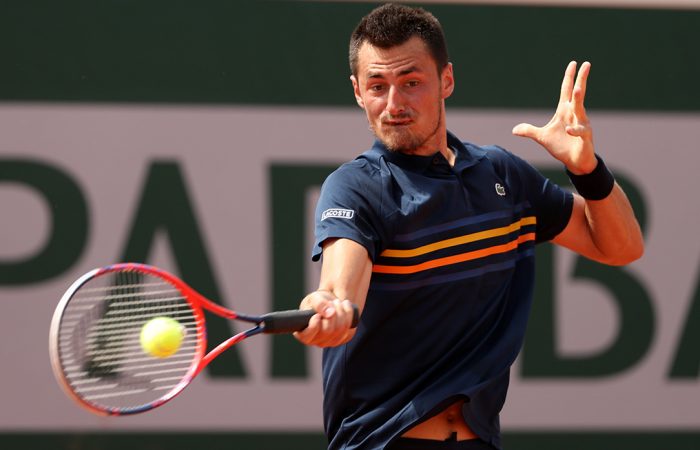 Tomic, a No.181-ranked qualifier, posted a 6-4 7-6(3) quarterfinal victory over world No.34 Fernando Verdasco at s-Hertogenbosch. The Australian only lost 18 points on serve against his fourth-seeded opponent.

“I feel that all the work I have done is for all to see here and I’m playing really well,” Tomic said.

“I like the surface and am very comfortable on it. The ball manages to stay low, I serve well and play with slice. I’ve won all of my titles on hard courts, so I’d like to win a title on grass courts.”

It sets up a semifinal clash with second seed Richard Gasquet, a 7-6(2) 7-6(4) winner over Greece’s Stefanos Tsitsipas. It will be Tomic’s 10th career meeting with the Frenchman, with Gasquet leading their head-to-head record 7-2.

DID YOU SEE: Kyrgios sets up Federer showdown in Stuttgart

Matthew Ebden is also in the final four, comfortably dismissing Romanian Marius Copil 6-3 6-3 in the quarterfinals.

Ebden, who is yet to drop a set this week, lost 15 points on serve in the 65-minute victory to reach the second ATP semifinal of his career. He plays Frenchman Jeremy Chardy for a place in the final.

The No.69-ranked Ebden is projected to rise to a new career-high ranking after his performance this week, while Tomic is projected to return to the world’s top 150 and would verge on a top 100 return should he win the title.