Ash Barty's grass court form is building as she reaches the Nottingham semifinals for the first time in her career. 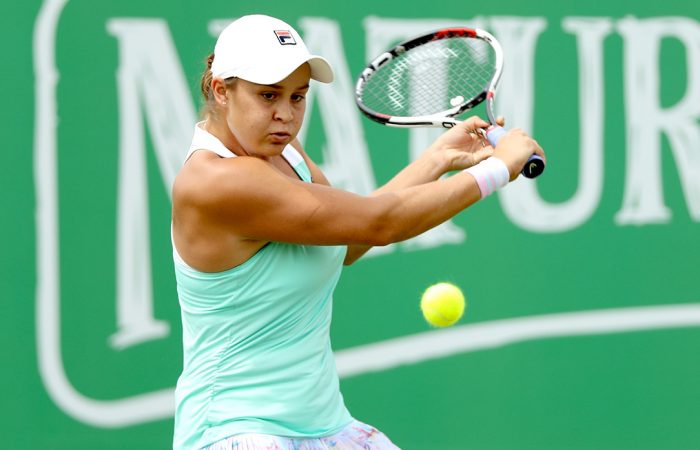 Ash Barty needed only 59 minutes to move into the Nottingham semifinals.

The top-seeded Australian ruthlessly dispatched British wildcard Katie Boulter 6-0 6-2 in the quarterfinals. Barty hit 11 aces and lost only 11 points on serve in the match.

It is Barty’s best result at the Nature Valley Open, bettering quarterfinal runs in 2016 and 2017.

The world No.17 now plays Japan’s Naomi Osaka in the semifinals. They have split results in their two previous meetings, however the No.18-ranked Osaka won their most recent match in the third round of this year’s Australian Open.

“We had a great match at the Australian Open this year where she got the better of me,” Barty said.

“She’s a very big, powerful player with a great serve and a great first ball behind her serve.

“I think I’m going to have to use a lot of variety to try and extend those points and get into the points.”

DID YOU SEE: Kyrgios sets up Federer showdown

Meanwhile, Alex De Minaur is continuing his impressive grass court form at an ATP Challenger event in Nottingham this week.

The 19-year-old, who broke into the world’s top 100 last week after a final run in Surbiton, moved in the semifinals with a 6-3 3-6 6-2 win over Canadian Peter Polansky.