Nick Kyrgios advances to the final four in Stuttgart with three-set win over Spaniard Feliciano Lopez. 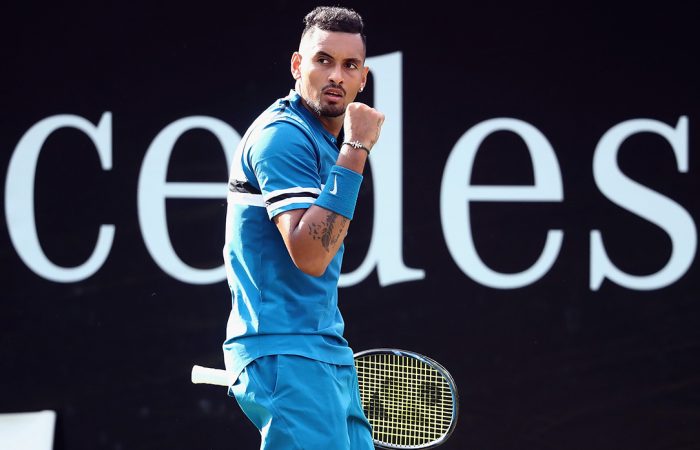 Nick Kyrgios is into the Mercedes Cup semifinals in Stuttgart after overcoming Spain’s Feliciano Lopez in three tight sets.

Kyrgios only faced one break point on serve for the match, while Lopez faced two. One break in each set decided the match.

Can he keep up the intensity against Roger Federer? 💥 pic.twitter.com/Spsu4Y7q3r

Kyrgios now faces world No.2 Roger Federer in the semifinals.

“We’ve had some brutal matches against each other,” Federer said of their history.

“He’s always dangerous, especially on the grass. I think I will enjoy playing against him.”

The match has extra significance for Federer, who can return to world No.1 with victory over Kyrgios. However if Federer loses, Rafael Nadal will maintain the top ranking throughout the grass season.

DID YOU SEE: Barty, De Minuar on a roll in Nottingham