Sam Groth will meet American top seed Taylor Fritz in the opening round of his bid to qualify for the Australian Open main draw. 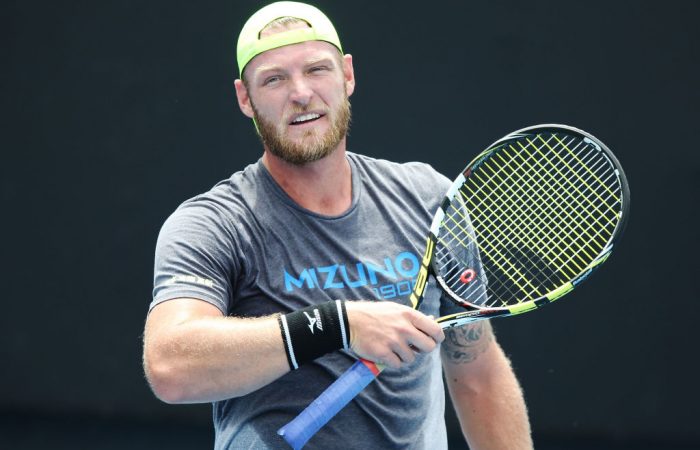 Former world No.53 Sam Groth will face American top seed Taylor Fritz in the opening round of the Australian Open qualifying, in what will be his last singles campaign at Melbourne Park.

Groth announced that he will retire from tennis after the tournament and although he will pair with Lleyton Hewitt in the doubles draw and Samantha Stosur in mixed doubles, he will look for one more chance at singles glory.

Should the 30-year-old progress past Fritz, he will take on the winner of the match between Belgium’s Arthur de Greef and France’s Mathias Borgue.

In other match-ups announced today, world No.142 and 29th seed Bernard Tomic will meet French world No.192 Vincent Millot.

Tomic only confirmed his participation in qualifying on Tuesday before having a warm up hit out at Kooyong against Japan’s Yoshihito Nishioka. He has defeated Millot once before, also in qualifying, at the Paris Masters 1000 in 2014.

Should the 25-year-old progress through his opening match, he will set up a clash with the winner of American Tommy Paul and Slovenian Blaz Rola.

The Queenslander reached the third round at last year’s Open before falling in straight sets to Great Britain’s Dan Evans, before his ranking spiralled outside the top 100 by the end of 2017.

Around the draw, here were many more mouthwatering matches for the home contingent, with an All-Australian battle between James Duckworth and Omar Jasika.

Duckworth is on the comeback from a severe foot injury that only saw him play the one match in 2017, a four-set loss to Italian Paolo Lorenzi in the first round of last year’s Australian Open.  Jasika, 20, is in solid form, reaching the semifinals of the Australian Open wildcard playoffs in December, losing a tight encounter with eventual winner Alex de Minaur.

The match between the Australians will be one of the most eagerly watched, as will Andrew Whittington’s contest against young American talent Michael Mmoh, who is fresh off a quarterfinal showing at the Brisbane International.

Former Australian No.1 Marinko Matosevic will take on American Dennis Novikov in his quest for a seventh main draw appearance at Melbourne Park, while 27-year-old Dayne Kelly will meet China’s Di Wu.