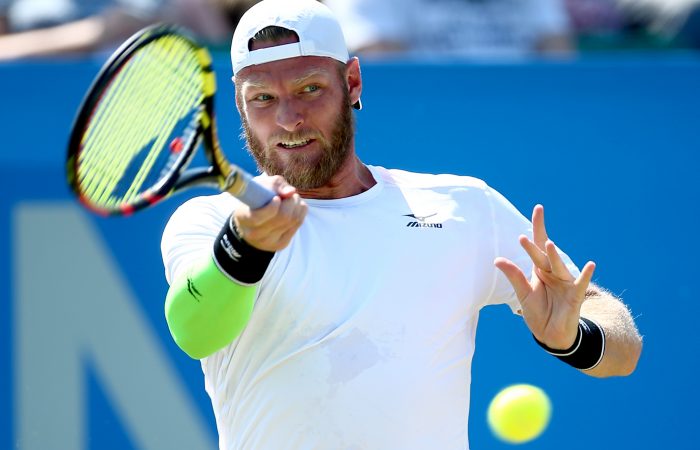 It is the first time the No.201-ranked Groth has qualified for an ATP World Tour main draw this season.

After winning both of his qualifying matches at the American grass court tournament in straight sets, Groth now faces fellow qualifier Austin Krajicek, a No.274-ranked American, in the opening round. The Australian has won both of their previous encounters.

Ebden, on the comeback from an injury-interrupted 2016 season, beat two seeded players in qualifying to earn his spot in the draw. This included a three-set win over top-seeded Indian Ramkumar Ramanathan in the final round.

The No.249-ranked 29-year-old has drawn American wildcard Rajeev Ram, the tournament’s 2009 and 2015 champion, in the opening round. They have played four times previously, with results split at two wins apiece.

Krajicek defeated Australian John-Patrick Smith in the final round of qualifying, while Andrew Whittington suffered a 3-6 6-3 7-6(9) loss to Canadian Frank Dancevic.

The 20-year-old wildcard entry faces Italian Alessandro Giannessi in the opening round.