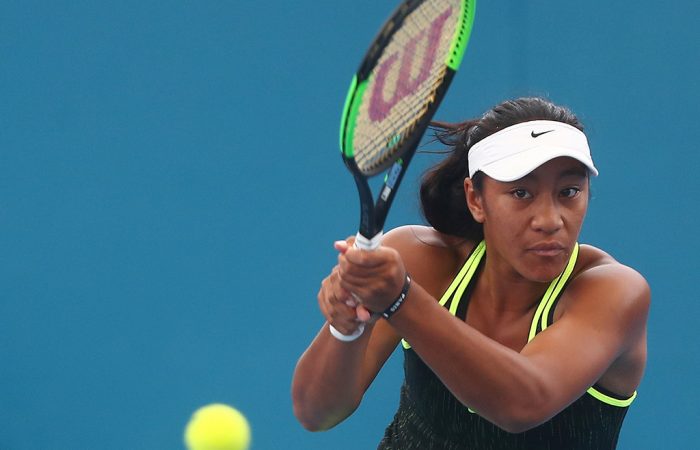 Sixteen-year-old Aiava announced her presence on the world tennis stage at the Brisbane International in January. She defeated three more highly-ranked players to qualify for the prestigious WTA Premier event, and went on to survive a nerve-wracking overnight rain delay to win her first round match against American veteran Bethanie Mattek-Sands. Awarded a wildcard into the Australian Open, Aiava became the first player born this century to compete in a Grand Slam.

“We all saw Destanee’s talent and determination during the Aussie summer and I’m really looking forward to seeing her blossom and develop as she matures into a professional tennis player. I’m also very pleased to include another of our young standout players, 17-year-old Jaimee Fourlis, in the squad as orange girl. Jaimee too had a breakthrough summer, winning her first-round match at the Australian Open, and this will be a terrific experience for her.

“Destanee and Jaimee will see first-hand what a fantastic team this is. Dasha, Ash and Casey are a truly professional unit, with a great work ethic and a willingness to put the team first to get the job done. I’m looking forward to a week of hard work, great team spirit, and of course a big win,” Molik continued.

The team, with the exception of Gavrilova who is already in Europe, is currently preparing for the tie at a training camp at Melbourne Park, before heading to Serbia on Easter Sunday.

The next generation of emerging players is working alongside the elite squad, including 2016 Fed Cup debutante Kimberley Birrell (Qld), returning from an elbow injury which sidelined her for most of last year; Maddison Inglis (WA) and Seone Mendez (NSW).

“It’s been great to have the chance to train with most of the team and our next generation of players,” Head of Women’s Tennis and Fed Cup coach Nicole Pratt said.

“We are incredibly fortunate as a team to have a group of athletes who exemplify professionalism, and who set a shining example to our younger girls. They will all benefit enormously from this training week and while the plan is to set the Fed Cup team up for a win, all the girls will head into their next tournaments with confidence and focus,” Pratt continued.

This is the first time Australia and Serbia have met. Australia must win the tie to retain their place in World Group II, the top 16 Fed Cup nations, and a win for Serbia would lift them from the Europe-Africa Zone.

Australia lost 3-1 to a strong Ukraine team in February, while the Serbs won all four of their ties in the Europe-Africa Zone Group 1 event, defeating Poland in the play-offs to advance to this stage.

The tie is played in Zrenjanin, Serbia from 22-23 April.