John Millman produced the most emphatic of displays - and created some history - to advance to the second round of the men's singles at the Rio 2016 Olympic Tennis Event. 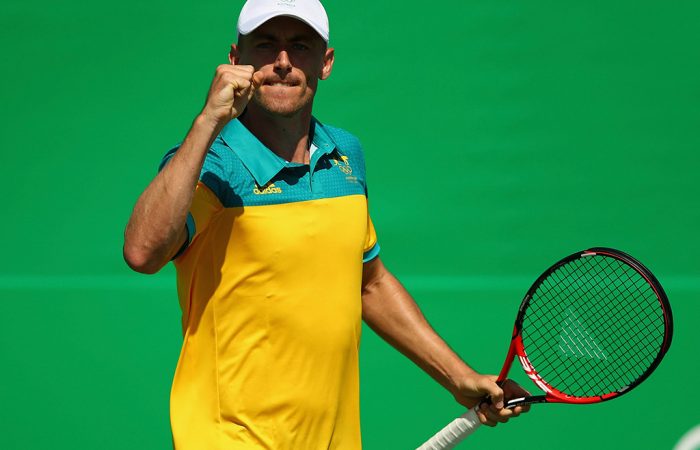 John Millman did not relinquish a single game in a dominant start to his Olympic campaign.

One of four Aussies in men’s singles action at Rio 2016, Millman blitzed Ricardas Berankis 6-0 6-0 to advance to the second round.

Good to get the win today. Now in the Aussie Hub watching our Hockeyroos and Sharks play. #OneTeam pic.twitter.com/f3OHpYeQSo

The Queenslander will next face fourth seed Kei Nishikori of Japan after Nishikori beat Spaniard Albert Ramos-Vinolas in straight sets.

Aussie @johnhmillman made Olympic history in the #tennis with the #OlympicGames' first 6-0, 6-0 win: https://t.co/VF3lplbViP #Rio2016

The news was not so good for the other Aussies, however, with Thanasi Kokkinakis and Jordan Thompson both falling in their opening round matches.