Stosur returns to court as Aussies gear up for Wimbledon

Sam Stosur returns to the court this week in Eastbourne following her French Open heroics, at the same time several Aussie men attempt to qualify for Wimbledon's main draw. 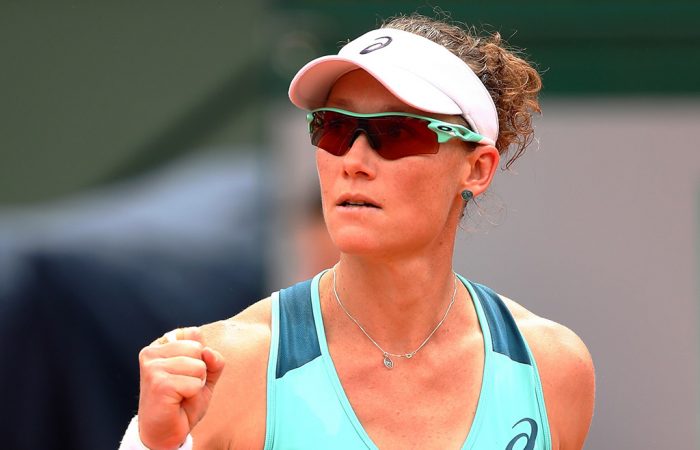 Sam Stosur returns to court this week in Eastbourne in her first hit-out after storming to the semifinals at Roland Garros.

The Australian, back up to world No.14 after her run to the last four in Paris, is seeded No.7 at the Aegon International, the final women’s grasscourt tune-up event before Wimbledon begins next Monday.

Stosur received a first-round bye and will take on Caroline Wozniacki in her first match; the former world No.1 reached the second round with a straight-sets win over Alize Cornet.

Joining Stosur in the main draw is Daria Gavrilova, who takes on Anna Karolina Schmeidlova for a shot at 10th seed Karolina Pliskova.

Further north in Nottingham, Aussies John Millman and Jordan Thompson will fine-tune their games at the Aegon Open ahead of the Championships.

Millman faces Brazil’s Thomaz Bellucci and would take on No.6 seed Steve Johnson should he come through, while Thompson has drawn German veteran Benjamin Becker; the two will battle for a second-round berth against 13th seed Guido Pella.

Wimbledon qualifying also begins this week, at the grasscourts of Roehampton.

Only Saville, who has qualified for the main draw at Wimbledon the past two years, has avoided a seed; the South Australian faces Spaniard Oriol Roca Batalla in his first-round match.

Aussie comeback kid Ash Barty has been granted a wildcard into the Wimbledon women’s qualifying draw, which is set to commence at Roehampton on Tuesday.