Sam Stosur, Daria Gavrilova, Casey Dellacqua and Arina Rodionova have been selected to represent Australia in this month's World Group Play-off in Brisbane. 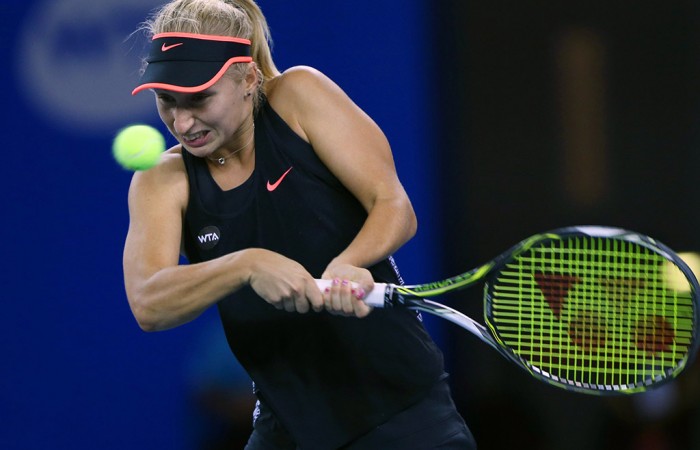 The five-person team, which includes teenager Maddison Inglis (WA) in the role of ‘orange girl’, will face the USA on clay in the Fed Cup by BNP Paribas World Group Play-off at Pat Rafter Arena on Saturday 16 and Sunday 17 April for the right to return to the competition’s elite World Group.

Stosur, Australia’s most successful Fed Cup singles player on record, will be joined for the first time in Brisbane by 22-year-old Gavrilova in her maiden appearance for Australia after she was cleared by the ITF to don the green and gold last month.

The world No.37 will become the 50th player to represent Australia in Fed Cup competition.

“We’re thrilled for Dasha to make her Fed Cup debut for Australia on home soil next weekend and we know she’ll bring great energy and a fighting spirit to the team.

“Sam is our most experienced Fed Cup player and will really enjoy the opportunity to play in front of her home crowd at Pat Rafter Arena, and Casey and Arina add great depth to the squad.

“The USA has been dominant in Fed Cup competition for many decades and we know it will be a tough assignment next weekend, but we’re ready for the challenge and really looking forward to the tie.”

This month’s tie marks the 14th meeting between the two Fed Cup powerhouses, with the USA taking an 8-5 advantage into the clash.

The USA won the teams’ most recent showdown in 1985, and will enter the tie with a record 17 Fed Cup titles to its name. Australia sits third on the all-time list of champions with seven Fed Cup victories, the most recent in 1974.

For event information please visit tennis.com.au, and stay up to date with the latest news via Facebook and #AUSUSA on Twitter.

The Fed Cup by BNP Paribas World Group Play-off will be broadcast live and free on the Seven Network – check local guides for details.