Sam Stosur will spearhead the Australian team going into Fed Cup battle against Slovakia, and will be joined in singles play by Arina Rodionova. 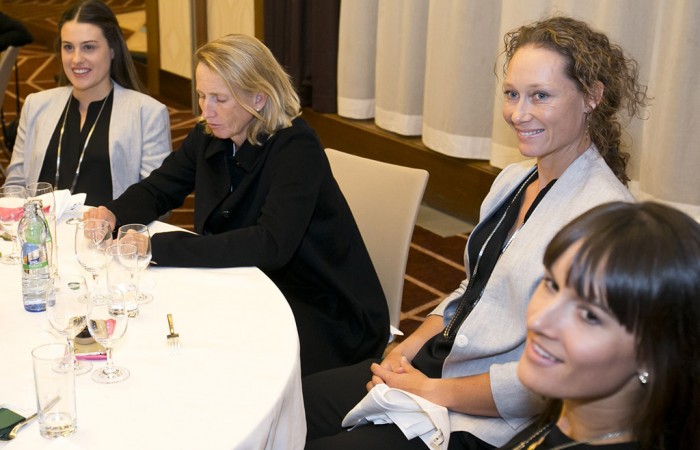 Australia face Slovakia in Bratislava this weekend with world No.27 Stosur featuring in two singles rubbers and the doubles with Casey Dellacqua.

Captain Alicia Molik has opted for Arina Rodionova ahead of talented teen Kimberly Birrell for the singles matches and the Russian-born 25-yar-old will face Anna Karolina Schmiedlova – who’s ranked 29th in the world – in the opening match of the tie at 1300 (CET) on Saturday (0000 Sunday, AEDT).

Stosur then takes on Jana Cepelova, a player she beat at the Brisbane International last month, before backing up in Sunday’s first return singles rubber against Schmiedlova.

Despite the heavy workload, Stosur is raring to go having been forced to sit out last year’s 4-1 defeat to the Netherlands with an Achilles injury, a result that saw Australia relegated to World Group Two.

She also believes her recent win over Cepelova will give her an advantage over the 22-year-old who sits 32 places outside the top 100.

“Last year it was really hard to sit on the sidelines while everyone was playing, but this time around it will nice to get out on the court and do my bit for the team,” Stosur told AAP.

“Having that win in Brisbane is certainly a better feeling than going in to the match knowing I lost to her in Doha two years ago.

“I can take something from that match and remember what worked against her and try to repeat it.”

Stosur admitted the team were surprised at the condition of the court at the Aegon Arena and said it was like nothing she had seen in her 13-year career.

“It’s one of the roughest courts I’ve ever played on, think of the roughest piece of sandpaper you can buy and put that on a tennis court that is what it is like,” she said.

“I don’t know why they have done it. It is very slow but it is quite bouncy and we’ve got used to it as the days have gone on.”

Molik said the decision to select Rodionova, who sits at 275 in the world, was based on a strong showing in practice.

“The team is always selected on form and she has played well this week,” Molik told AAP.

“Ranking goes out of the window in a Fed Cup week. It’s about who’s in form, who’s feeling confident and Arina fits that bracket. The court is taking spin and she really mixes up her game well.”