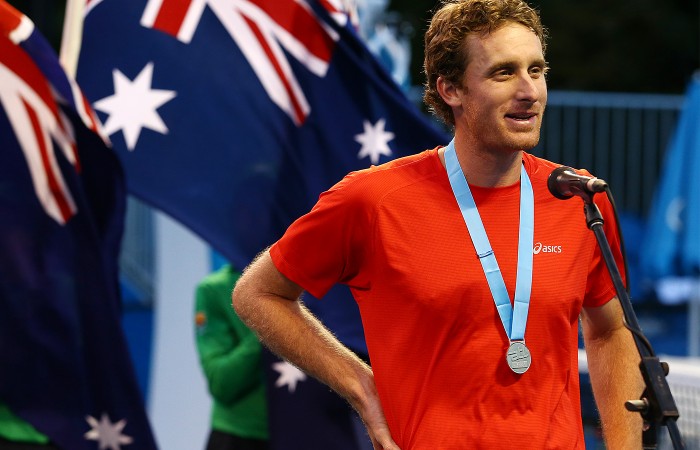 The Brisbane Chargers have been crowned the champions of the Asia-Pacific Tennis League (ATL) on Wednesday as the playoffs came to a grand conclusion at the Australian Open, Melbourne Park.

After winning their maiden title at the 2015 playoff, the Chargers men’s team was eager to live up to their billing as top seed and defend their title in 2016.

The Chargers continued their top form into the semi final where they took on South Conference runner up Royal South Yarra. The Yarra’s team included some of Australia’s best, Luke Saville, Jarryd Maher, Jarryd Chaplin and Adam Hubble; but the Queensland team, brought a strong attack running away with a 4-0 victory. The win was highlighted by a great battle in the No.1 singles spot with Ben Mitchell prevailing in a tight encounter with good friend Luke Saville 4-3 2-4 4-2.

In the final, the Chargers went head-to-head against the winner of the South Conference, Kooyong Classics. Ben Mitchell again got the team off to a great start with a decisive victory over Kooyong No.1 Omar Jasika 4-2 4-0. Gavin van Peperzeel put the Chargers further ahead with a 4-3 3-4 4-1 win over the hard-hitting Andrew Whittington.

Chargers elder statesman and team captain, Robert Smeets continued his stellar season with a 4-1 4-0 victory over New Zealand Davis Cup player Rubin Statham. Marc Polmans pegged a match back for the Kooyong team after defeating Maverick Banes in a long encounter 4-3 3-4 4-1. At the close of the final singles rubber, the Chargers needed three games in total from the two doubles rubbers to secure the title. They completed this task in a couple of minutes with both pairs winning the first sets crowning them Asia-Pacific Tennis League champions.

Although ecstatic to claim back-to-back titles and the $30,000 champion’s cheque, Tennis Brisbane Chargers Team Manager Warwick Nicol believes mostly, the players are happy that their team had a great year together and further bonded as a unit.

“The boys played for each other. They are all great mates and it is extra special to go back-to-back. We really wanted to win this one.”

Joel Lindner further explained, “we are so lucky to all love playing together and we play great as a unit. It is great to win with such a great bunch of guys.”