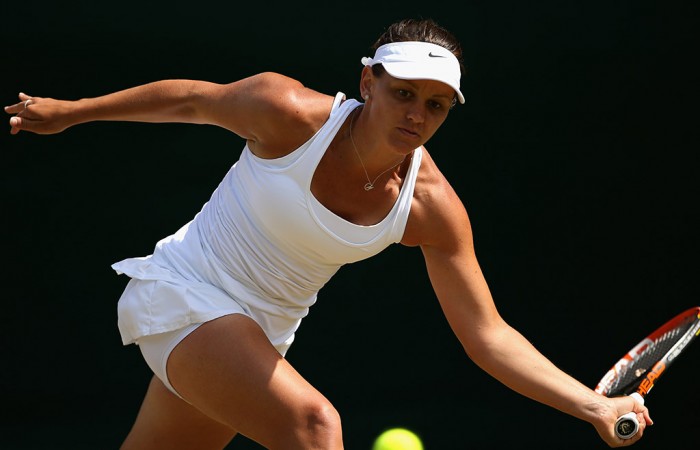 Queenslander Ajla Tomljanovic has linked up with South African coach John-Laffnie de Jager after parting ways with Australian David Taylor. The pair began working together at last week’s WTA event in Stanford and enjoyed immediate success, with Tomljanovic reaching the quarterfinals. They are continuing to work together throughout the US Open Series, with de Jager accompanying Tomljanovic in Toronto this week. de Jager is a former ATP pro who owns a tennis academy and who coaches World Tennis Team the Springfield Lasers as well as the UAE Royals in the International Premier Tennis League.

Meanwhile, Casey Dellacqua has outlined her US Open preparations; the West Australian will contest WTA events in Cincinnati and New Haven before heading to New York for the year’s final Grand Slam event. Dellacqua has played somewhat sparingly in singles on tour in 2015, and took a month off post Wimbledon before reappearing in Toronto qualifying this week. She has been enjoying a stellar season in doubles with partner Yaroslava Shvedova; the pair are currently fifth in the race to the WTA Finals in Singapore.

In Montreal, John Peers was part of an historic match at the ATP Coupe Rogers in what was the first professional meeting between Murray brothers Jamie and Andy. Teaming with regular partner Jamie, Peers faced off against Andy and Indian veteran Leander Paes. And it was the Aussie-Scottish duo who came out on top, winning 6-4 7-6(9) to advance to the quarterfinals.