Nick Kyrgios has enjoyed a quality win over Fernando Verdasco in Montreal to set up a blockbuster second-round clash with reigning Roland Garros champion Stan Wawrinka. 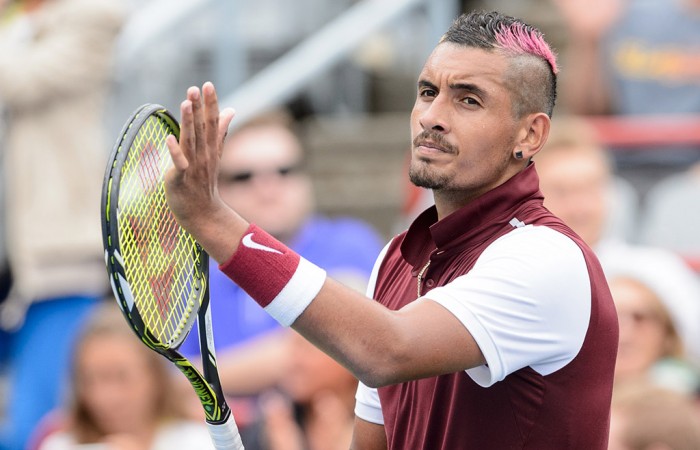 Nick Kyrgios began his US Open hardcourt run with a 6-3 4-6 6-4 victory over Fernando Verdasco on Tuesday under the watchful eye of new mentor Lleyton Hewitt at the ATP Montreal Masters.

Kyrgios, the world No. 41, recorded a 95-minute victory over Spain’s Verdasco in a first-time meeting featuring 15 aces off the Aussie’s racquet.

Kyrgios has not played since losing his only singles rubber in Davis Cup play last month, but the Australian may have regained some calm after a few weeks at home in Canberra.

“I came from a place where it’s really cold right now,” he said of the Australian capital, where readings this week dropped below freezing at night. “I’ve been practising indoors.

“Conditions here are tough, and the humidity doesn’t help,” he said on a day when play was delayed for two hours by rain. “I’ve never sweated so much as I did today.”

“I was pleased to get a win over a quality opponent,” he said as he set up a second-round clash with French Open champion Stan Wawrinka.

“I’m really happy with myself. The courts here are bouncy and lively. I knew I had to take control even if I didn’t serve that well.

“I’m pleased with how I finished in the third set. I competed well and that’s the main thing.

“Stan is playing unbelievable tennis. He’s got a big everything – forehand, backhand. I’ll go out there, play my game and see how it goes.”

Bernard Tomic is also through to the second round of the Montreal Masters and will take on reigning US Open champion Marin Cilic.

He is scheduled to play his match on Wednesday on Court 9, while Kyrgios will take on Wawrinka under lights on Court Central on Wednesday night.