In an exceptional day for Australia, Luke Saville, John Millman and John-Patrick Smith all won their final-round qualifying matches to give Australia its biggest Wimbledon representation in two decades. 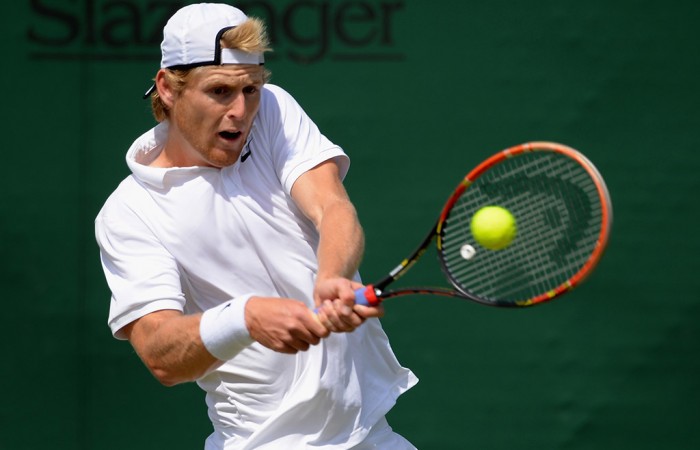 It’s official: Australia will boast its largest Wimbledon singles contingent in 20 years when the grasscourt major gets underway on Monday.

Final-round qualifying wins on Thursday for former junior champion Luke Saville and Grand Slam battlers John Millman and John-Patrick Smith have given Australia 16 representatives in the main draw at the All England Club.

Not since 1995, a generation ago when Boris Becker, Pat Cash and Davis Cup captain Wally Masur were still gracing London’s hallowed grass courts, has Australia enjoyed such strength in numbers at the greatest tennis show on earth.

But a stirring five-set fightback win for Saville and joyous successes for Millman and Smith at nearby Roehampton have given Australia numbers not seen since before the turn of the century.

Saville was euphoric after saving a match point and fighting back from two sets down to defeat higher-ranked Italian Luca Vanni 4-6 4-6 6-3 7-6(7) 6-4 to qualify for Wimbledon for the second straight year.

The 22-year-old admitted he felt a sense of deja vu having also staved off a match point last year in the fourth-set tiebreak, as he did on Friday just two courts away.

“You know how much it means to me. It’s an unbelievable feeling. To do it back-to-back, it gives me chills. Especially from two sets to love down in the last round of ‘qualies’, it doesn’t get much more special than that.

Saville only learned after his big win that his girlfriend, soon-to-be Australian Daria Gavrilova, had withdrawn from her scheduled quarter-final at Eastbourne with an aggravation of an abdominal strain.

“That puts a bit of a dampener on it,” he said. “I hope she’s alright. That’s probably the main thing.”

> READ MORE: Gavrilova forced out of Eastbourne with injury

Gavrilova later took to Twitter to say how delighted she was with Saville and vowed to be ready for Wimbledon.

Millman, a 26-year-old battler who climbed to a career-high ranking of 118th in the world this month, secured his first Wimbledon main-draw appearance with a 1-6 6-3 6-3 6-2 win over Frenchman Enzo Couacourd.

After twice previously reaching the final round of Grand Slam qualifying – at the 2010 Australian and US Opens – Millman found it was third time lucky on Thursday at Roehampton.

“It’s great, probably hasn’t quite sunk in yet,” Millman said.

“These are the tournaments you dream of playing … I’m glad I put myself in a position to make that dream come true and hopefully win some matches.”

Smith, also 26 and a graduate of the US college system, capped Australia’s triumphant day to qualify for a Grand Slam main draw for the first time with a 6-1 7-5 6-2 win over Czech Jan Mertl.

Smith had previously contested the main draw of Australian Open 2013 by way of a wildcard, yet had never before progressed beyond the second round at a major qualifying event.