Victories to John-Patrick Smith, Jason Kubler and Ben Mitchell on Tuesday at Roehampton have given Australia a perfect start to Wimbledon men's qualifying. 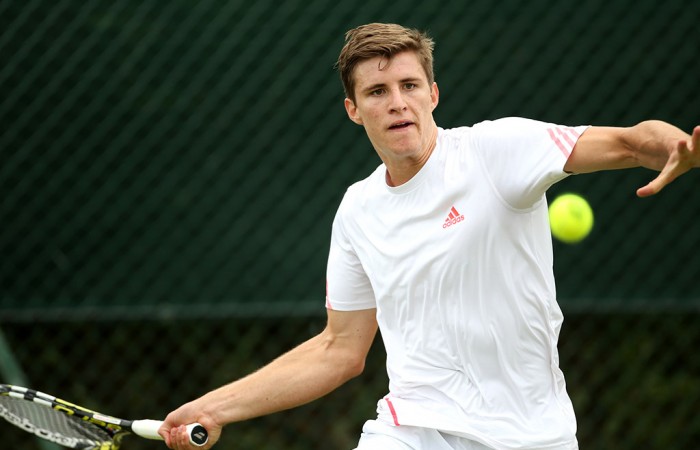 The Australian men have gone a perfect five-from-five in Wimbledon first-round qualifying after three scored wins on Tuesday.

John-Patrick Smith, Jason Kubler and Ben Mitchell all won their opening matches at Roehampton, joining John Millman and Luke Saville in the second round.

For Kubler it was an emotional victory; after chronic knee troubles restricted him to claycourt events, it was his first competitive grasscourt match in four years.

“I’m so happy I’m able to play on something other than clay … it’s the first time really on grass, and I was able to win, so I’m really excited,” he said after his 6-3 6-4 triumph over Portugal’s Rui Machado.

“Quallies of Wimbledon, it’s unbelievable. I was so nervous the whole match and then I’m so happy I got through one of those matches where maybe you’re not feeling so good because of the nerves.”

Next up for Kubler is No.17 seed Aleksandr Nedovyesov of Kazakhstan.

Also progressing was Smith, yet in tighter circumstances; the Queenslander battled through two tiebreaks before running out a 7-6(5) 6-7(3) 6-2 winning over Belgian Maxime Authom.

With his serve clicking, Smith believes he can do some damage on the lawns of Roehampton; next up is 18th seed Bjorn Fratangelo.

“It was good to get out there and I think I served really well the whole match and didn’t get broken. That’s key for me this week,” he said.

“Obviously losing a tight one in the second was tough, but came through the third. I made more balls and he kind of went away a little bit.

“The courts are playing really well and I think if I keep serving well I think I’m a good chance against one.”

Mitchell was also a winner on Tuesday, recovering from the disappointment of failing to convert set points in the opening stanza to get stronger as the match progressed.

He reeled off the last eight games to complete a 6-7(5) 6-4 6-0 victory over Remi Boutillier of France, setting up a second-round meeting with Hungarian Marton Fucsovics.

“It was really tough because I think I had three set points, (though) all on his serve so it wasn’t like I had them on my serve, so it was a bit hard to get over especially since I had some chances in the tiebreaker … but the way I conducted myself after that was probably the match-turner,” he reflected.

“When I broke him (at 4-4 in the second set) I served out the set to love, and from then on I just kept going with the momentum.”

It was a less rosy story for Australia’s women; Olivia Rogowska and Anastasia Rodionova both went out in straight sets in the opening round on Tuesday.

Rodionova fell 6-3 6-2 to second seed An-Sophie Mestach of Belgium, while Rogowska, after going up a break in the first set, dropped 12 straight games against China’s Yafan Wang to lose 6-2 6-0.