Aussie players are fine-tuning their Wimbledon preparations in Eastbourne and Nottingham this week, and they're off to a winning start. 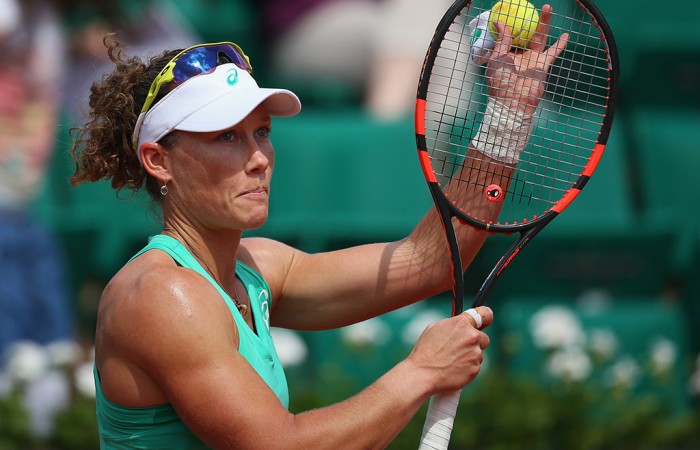 Sam Stosur and Casey Dellacqua are among five Aussie women in action this week at Eastbourne as players fine-tune their grasscourt games ahead of Wimbledon.

Stosur, seeded 16th, and Dellacqua could be joined by three of their compatriots who are coming through the qualifying draw.

And it was the perfect start on Friday for Daria Gavrilova, Jarmila Gajdosova and Ajla Tomljanovic – all won their first-round qualifying matches.

The trio each need to win one more match to take their place in the main draw alongside Stosur and Dellacqua.

As a seed, Stosur receives a bye into the second round, where she would take on the winner of the match between Tsvetana Pironkova and a qualifier.

Looming in the third round is nemesis and recent Roland Garros finalist Lucie Safarova, seeded third.

Dellacqua opens against Anna Karolina Schmiedlova of Slovakia, with a potential second-round duel with Birmingham finalist and No.8 seed Karolina Pliskova.

In men’s action this week, Sam Groth will fly the Aussie flag at the ATP event in Nottingham.

He begins his campaign against a qualifier, and should he win, he would tackle 14th seed Joao Sousa of Portugal.

Hoping to join Groth in the main draw is young compatriot Jordan Thompson, who won his first-round qualifying match over top seed Marsel Ilhan on Friday.

He needs to win two more matches to take his place in the 48-player main draw.