Daria Gavrilova made an impressive comeback from injury in Eastbourne to stop Laura Robson in her own comeback tracks; there were also wins for Jarmila Gajdosova and Ajla Tomljanovic. 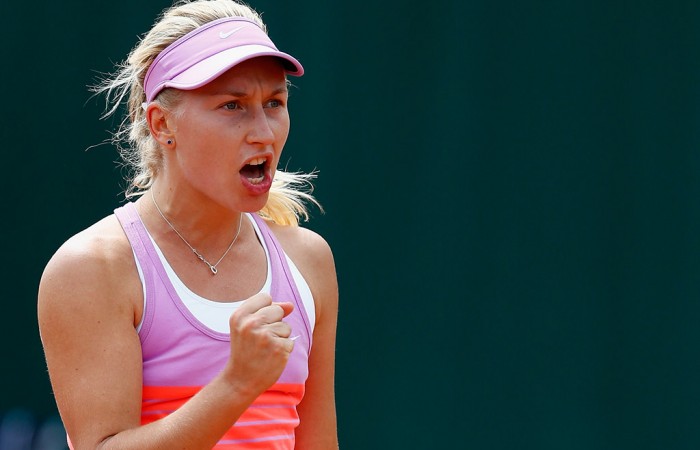 Exciting young Australian tennis import Daria Gavrilova has made a triumphant return from injury and delivered Laura Robson a reality check in the talented Brit’s own comeback bid.

In her first match since making a tearful second-round exit from the French Open with an abdominal tear, Gavrilova crushed Robson 6-0 6-1 in less than an hour in their first-round qualifying clash at Eastbourne.

The 58-minute rout dispelled any lingering fitness concerns Gavrilova may have had just nine days out from the start of Wimbledon.

With victories over former world No.1s Maria Sharapova and Ana Ivanovic this season, the 21-year-old has soared to a career-high 41st in the rankings and looms as an unseeded threat to avoid at the All England Club.

Fellow Australians Ajla Tomljanovic and Jarmila Gajdosova joined Gavrilova in the second round of qualifying with straight-sets wins of their own on England’s south coast.

Robson, a former Wimbledon junior champion and golden girl of British tennis, has been sidelined for 17 months with a wrist injury.

Her Olympic doubles partner Andy Murray had warned the Melbourne-born former world No.27 she’d be rusty and faced some difficult times in her comeback and Gavrilova certainly showed her no mercy on Saturday.

“To be honest, I think in a way it was a victory to just finish a match and be back on court, back playing tournaments and I’m very happy.

“I would obviously love to play (at Wimbledon). It’s my home tournament. It’s my favourite tournament of the year for sure. So I would love to get a chance to play but we’ll see. I haven’t heard anything.”

An invite or not to Wimbledon, Robson plans on playing low-level tour events after the grasscourt major as she continues the long journey back.

“I’m not expecting to play my best tennis right now,” she said.