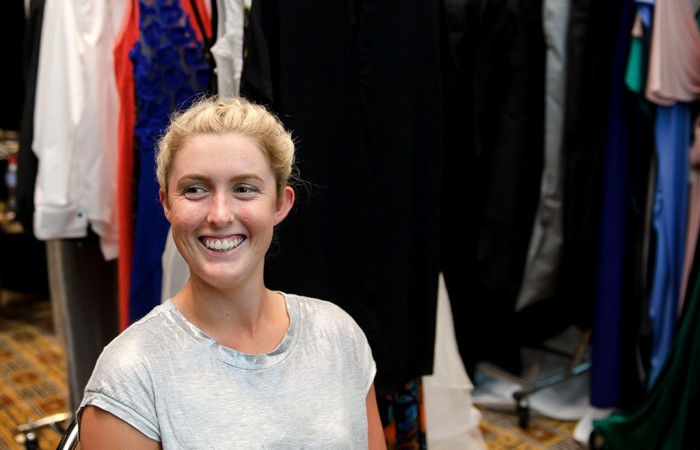 In news from the coaching carousel that is professional tennis, Sam Stosur and David Taylor have reunited and have begun working together again this week. Stosur has joined Taylor at a training camp this week in Liechtenstein in Europe, and will work with Taylor in a joint arrangement alongside Croatian-born Aussie Ajla Tomljanovic, with whom Taylor currently works.

In another pairing, Stosur’s former coach Simon Rea has linked up with young Aussie left-hander Storm Sanders. Sanders, who peaked at a career-high ranking of No.202 in February 2014, has endured an injury-riddled time since then- a combination of back and knee ailments – and has seen her ranking plummet to 457th. Yet the West Australian is back playing regularly again in 2015 and has shown some promising signs on court, pushing top 50 players Camila Giorgi and Klara Koukalova in tight matches during the Aussie summer and scoring some recent wins on the Australian Pro Tour.

Another young Australian, Thanasi Kokkinakis, proved a popular guest on a recent edition of Fox Sports’ “The Back Page” program. Kokkinakis, just 18 years old and verging on the world’s top 100, discussed his pre-season training in Dubai with Roger Federer, his relationship with Nick Kyrgios and Andy Murray, and his mother’s cooking – among many topics – and enjoyed plenty of laughs with the panel.

> check out the full interview

Speaking of Kyrgios, the 19-year-old has achieved another milestone in his blossoming career with his first ever seeding at an ATP event. Kyrgios is the No.16 seed at this week’s Barcelona Open, a 500-level event on the men’s calendar. And speaking of seedings, Stosur and Bernard Tomic are on track for a top-32 seeding for the French Open, beginning 24 May. As reported by Leo Schlink in the Daily Telegraph, the pair were ranked 25th and 26th respectively at the time of tournament’s direct entry deadline closing.

Nice to get my first seeding in an @ATPWorldTour event. #Progress