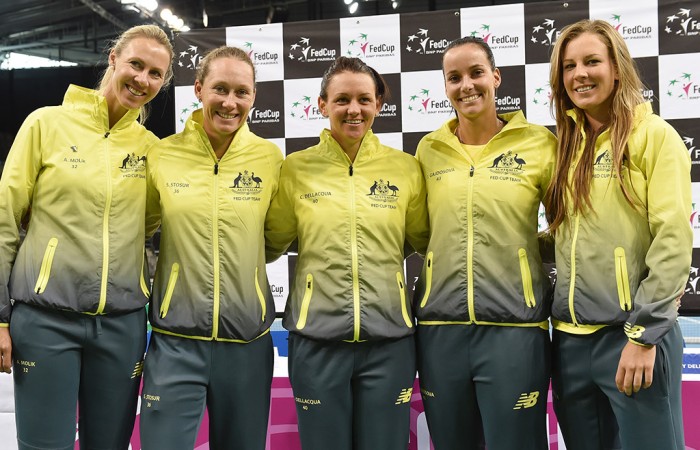 The team is unchanged from the World Group first round tie in February, when Australia lost a tight tie to a powerhouse German team.

“I’m very happy to again have Sam, Casey, Jarka and Olivia coming together to play the Netherlands,” Molik said today.

“They are a tremendous group, work together really well as a team, and we have an excellent chance of winning this tie and maintaining our position in the elite Fed Cup World Group.”

Nicole Pratt, Tennis Australia’s Head of Women’s tennis, will also join the team in the role of Fed Cup Coach for the first time.

Sixteen-year-old Queenslander Kimberley Birrell will join the team in the traditional “orange girl” role. Birrell has enjoyed an outstanding few months on the Pro Tour, reaching the final in Mildura last month.

“It will be fantastic to have Pratty in the role of Fed Cup Coach,” Molik said. “We all know how passionate she is about women’s tennis and she’ll bring an enormous amount of skill and experience to the team.

“And I’m very happy Kim is joining us for the tie. She’s had a terrific few months on the Pro Tour and this is an invaluable opportunity for her to work with our top players, both on court as a hitting partner and to see first-hand how professional their preparation is in training and for matches.”

Australia and the Netherlands have met nine times in Fed Cup, with Australia holding an 8-1 advantage.

The most recent meeting was the World Group Qualifying round in 2002 in Wollongong, with Australia winning 3-2 in a deciding doubles rubber. Molik won three rubbers in that tie.

The Netherlands team is yet to be named but is expected to include world No.86 Kiki Bertens, [126] Richel Hogenkamp, [230] Arantxa Rus and [372] Michaela Krajicek.

The tie will be broadcast live on 7TWO. There will also be live and behind-the-scenes twitter updates from @TennisAustralia.