Bourchier set for battle as Adelaide International gets underway

Unseeded Tasmanian teenager Harry Bourchier will face qualifier Aaron Addison in the opening round as the 2015 Coopers Adelaide International gets underway on Tuesday. 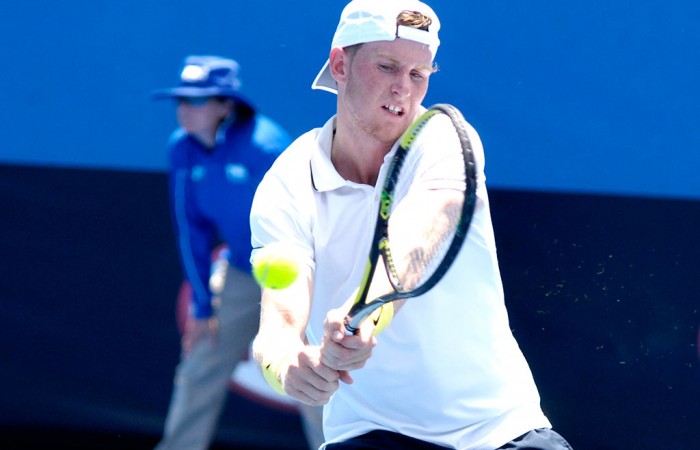 Unseeded Tasmanian teenager Harry Bourchier will face qualifier Aaron Addison in the opening round as the 2015 Coopers Adelaide International gets underway on Tuesday.

Should he be successful, Bourchier then faces a potential rematch with top seed Brydan Klein. Earlier this month, the 19-year-old upstaged the Brit in three tight sets at an ATP Challenger event in Launceston on his way to the quarterfinals, and he is eager to repeat the dose.

“I’m really happy with how I’m playing at the moment,” Bourchier said.

“If it happens (playing Klein) then I’ll definitely take some confidence in. Hopefully I can even close it out a bit quicker this time.”

Sydney’s Matthew Barton has also been enjoying some resurgent form of late; the surprise semifinalist at the ATP Challenger in Burnie has jumped back inside the world’s top 500 and is in the kind of form that saw him reach No.201 in early 2013.

Seeded seventh in Adelaide, the 23-year-old meets wildcard Mitchell Robins in the opening round and is on a potential collision course with either Klein or Bourchier in the quarterfinals.

The pair has never met but the match looks set to be an intriguing affair with the winner plotting a possible course to meet the ever-dangerous eighth seed Chris O’Connell in the quarterfinals.

Casting an eye over the bottom half of the draw, sixth seed Omar Jasika looks a threat.

The reigning junior US Open champion finds himself up against Darren Polkinghorne in his opener before playing the winner of qualifier Marious Zelba and wildcard Daniel Nolan. Success there would see him in line to play second seed Maverick Banes in a quarterfinal.

Banes himself has a qualifier in Brandon Walkin first-up before facing the winner of the match between in-form teenager Marc Polmans and 24-year-old Kiwi qualifier Finn Tearney who also qualified in both Launceston and Burnie; there he went on to upset world no.155 Somdev Devvarman.

Play starts at 10am at Memorial Drive Tennis Club in Adelaide, South Australia, and will be live streamed on www.tennis.com.au.