Casey Dellacqua is putting her Hopman Cup losing streak down to crucial match practice ahead of a big year. 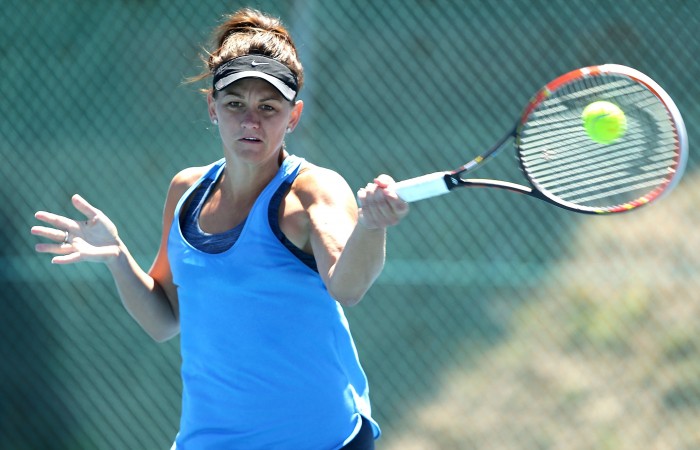 Casey Dellacqua is putting her Hopman Cup losing streak down to crucial match practice ahead of a big year.

The world No.29 touched down in Tasmania where she is top seed for the Hobart International and will play her first round on Monday against America’s Lauren Davis.

It comes after Dellacqua’s three singles losses in Perth at the Hopman Cup which have been viewed as a less-than-ideal start to 2015.

But the Australian doesn’t feel that way.

“I played some really good tennis in Perth, I played girls ranked quite highly and that’s the kind of matches I want early in the season when I haven’t played for a couple of months,” the 29-year-old told reporters in Hobart on Sunday.

Late in 2014, Dellacqua concentrated on training rather than competition and she said Perth has been an ideal reintroduction.

“The same thing goes this week – it’s just about preparing for each match the best I can and hopefully I start to feel better and better out on the court and by the Australian Open I’m really starting to play some good tennis.”

Dellacqua is expecting a tough first-round match in Hobart against world No.54 right-hander Davis.

“She’s a really tough opponent – a really good mover and gets a lot of balls back.

“I’m going to be up for a real challenge and I’m going to have to play good tennis throughout the match to win this one.”

The world No.35 progressed to the second round where she will meet the winner out of Britain’s Heather Watson and Slovakia’s Magdalena Rybarikova.

Watson, who beat Dellacqua in Perth on Friday, will on Monday back up from a marathon Sunday doubles victory.