Impressive 19 year-old Thanasi Kokkinakis is among seven locals to receive wildcards into the Australian Open. 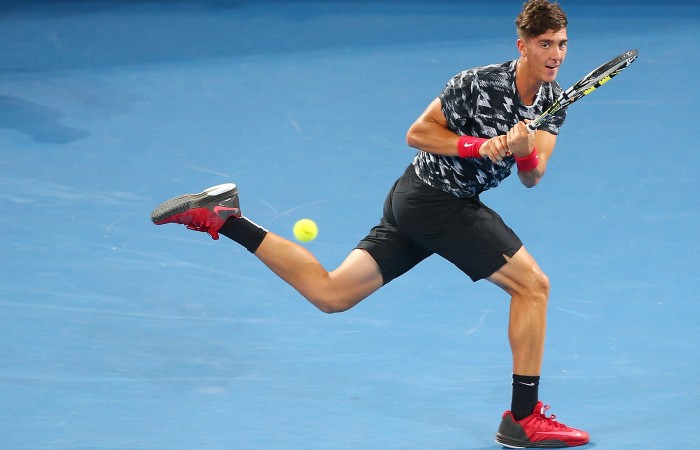 Impressive 19 year-old Thanasi Kokkinakis is among seven locals to receive wildcards into the Australian Open.

Kokkinakis, who has already played Davis Cup for his country, had a bright start to the year when he defeated world No.25 Julien Benneteau at the Brisbane International.

They are joined by fellow Australians Jordan Thompson and Daria Gavrilova, winners of the Australian Open play-off last month.

France’s Lucas Pouille and Oceane Dodin have been awarded wildcards for the season-opening grand slam thanks to a reciprocal agreement between Tennis Australia and the French Tennis Federation.

They join Ze Zhang from China and Taiwan’s Kai-Chen Chang who won their place in the main draw at the Asia-Pacific wildcard play-off in Shenzhen late last year.