Marinko Matosevic has overcome Nick Kyrgios in an all-Australian showdown in the first round of the ATP Malaysian Open. 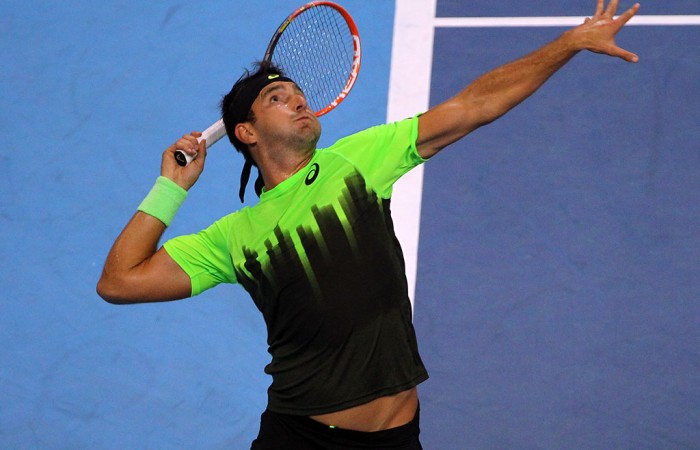 Marinko Matosevic has overcome Nick Kyrgios in an all-Australian showdown in the first round of the ATP Malaysian Open.

He is the only Australian left in the draw after Bernard Tomic and Omar Jasika each fell in tight three-set matches.

Kyrgios admitted that he was burned out and would end his season come what may this week in the home nation of his mother.

The “Kampung Kid”, the lone teenager in the top 100 rankings, fell in his first time as a seeded player.

“Marinko played well and all credit to him. I’m looking forward to the doubles next.”

The 19-year-old made his name at Wimbledon where he stunned Rafael Nadal in the fourth round – the last match played by the Spaniard this season.

He reached the US Open third round, losing to Tommy Robredo, and also helped his nation back into the World Group of Davis Cup for next season after improving more than 130 ranking spots in 2014.