UPDATE: Omar Jasika has fought hard in his first-ever appearance in an ATP main draw, while fellow Aussie Bernard Tomic fell in a tense three-setter. 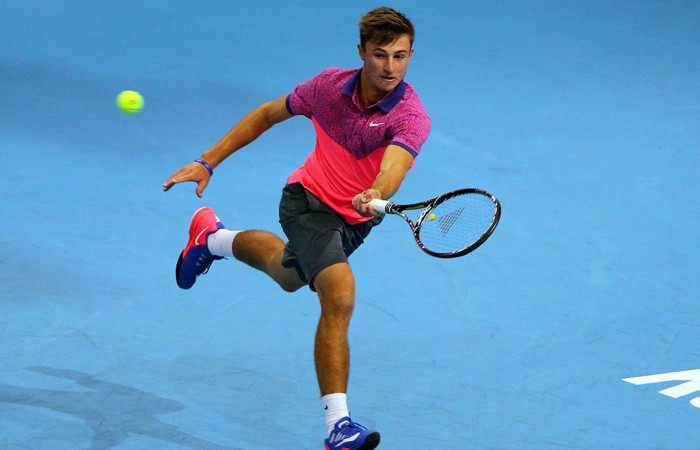 Omar Jasika has fought hard in his first-ever appearance in an ATP main draw, going down in three sets to American veteran Rajeev Ram at the Malaysian Open.

Later on Tuesday, another Australian, Bernard Tomic, fell in a heart-breaker to Pierre Hugues Herbert of France.

Jasika battled Ram for one hour and 45 minutes before eventually succumbing, but again showed signs that he is a formidable talent.

Ram’s serve proved decisive, with 12 aces and a winning percentage of 76 on first serves keeping the youngster at bay.

In other Aussie news, Nick Kyrgios and Marinko Matosevic are currently facing off in an all-Aussie first round battle.