Barty unfazed by US Open exit

UPDATE: Despite falling in the first round of the US Open, Ash Barty believes she's on the right track after having qualified for the main draw and enjoying a season with several wins. 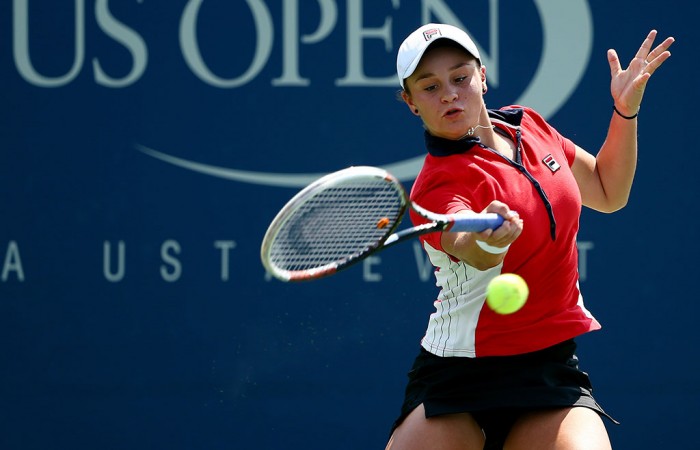 After earning her own way into a major for the first time with three straight qualifying wins, Barty found 30th seed Barbora Strycova Zahlavova too tough at the US Open on Tuesday.

“She served really well, didn’t let me into it,” Barty said after her 6-1 6-3 first-round defeat.

“You’ve just got to move on and not worry too much about it.”

Barty started 2014 as the world No.164, but the former Wimbledon junior champion will likely fall out of the top 200 from her current position of 186th after failing to defend her second-round effort at Flushing Meadows last year.

But after being awarded several wildcards into previous Grand Slam events, the 18-year-old was proud to have gained entry the hard way in New York.

“My ranking hasn’t gone the way I wanted it to, but I’ve probably had my best year by ways of wins and losses.

“It’s always nice to get those accumulation of matches and I feel like I’ve done that. And the ranking just hasn’t gone where I’ve wanted it to.

“That comes and goes sometimes and you’ve got to keep nudging away, working hard and eventually the ranking will start taking care of itself.”

The Queenslander will again play doubles with Casey Dellacqua after the pair made last year’s final, as well as mixed doubles with countryman John Peers.

Gajdosova, a wildcard into the main draw, found 27th seed Madison Keys too strong in Louis Armstrong Stadium, bowing out 6-0 6-3.

Tomljanovic threatened to upset No.15 seed Carla Suarez Navarro when she took the first set, yet eventually fell 3-6 6-2 6-1.