While you were sleeping 26/8

Three from three for the Aussies on Day 1 at the US Open, a series of scares for some big names and a pesky bee brings play to a halt. 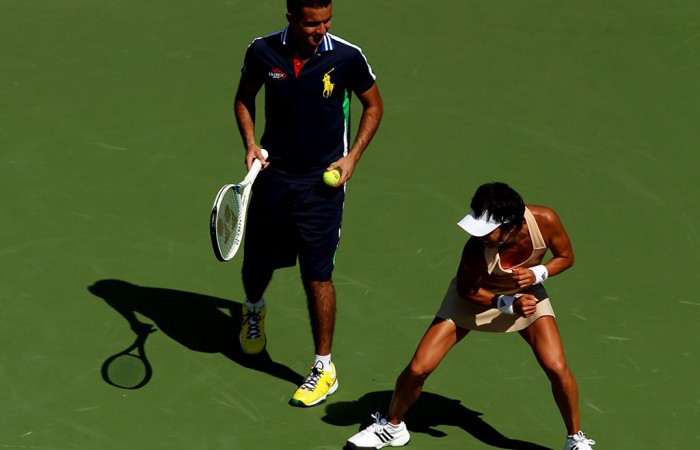 Day 1 of the US Open and the news was all good for Australia with three wins from three starts. Nick Kyrgios upset 21st seed Mikhail Youzhny, Matt Ebden accounted for Tobias Kamke and Anastasia Rodionova fought back from a set down to defeat Camila Giorgi.

> Classy Kyrgios into second round

> Ebden, Rodionova advance at US Open

Next up for this winning trio is a day off before the second round where Kyrgios will play Andreas Seppi, Ebden takes on 23rd seed Leonardo Mayer and Rodionova will face either 13th seed Sara Errani or Kirsten Flipkens.

While there weren’t any casualties among the top 10 seeds, there were some tense moments for a number of the game’s more recognisable faces. Andy Murray, Jo-Wilfried Tsonga and Fernando Verdasco were all put to the test early, while Simona Halep, Venus Williams, Angelique Kerber and Andrea Petkovic were pushed all the way.

It was an exciting ride while it lasted but sadly for 27-year-old Irishman James McGee his Grand Slam dream has come to an end in the first round. Playing in his first main draw at a major, the qualifier fell in four sets to Aleksandr Nedovyesov.

There are rain delays, heat delays and now, bee delays. During the first-round match between tour veterans Venus Williams and Kimiko Date-Krumm a rogue bee caused minor delays when it circled both players. Not to bee (sorry) deterred, Williams caught the bee and went on to win the match in three sets.