Ebden, Rodionova advance at US Open

UPDATE 2.15pm: Australians Matt Ebden and Anastasia Rodionova have progressed to the second round of the US Open to cap a perfect day for Australia at Flushing Meadows. 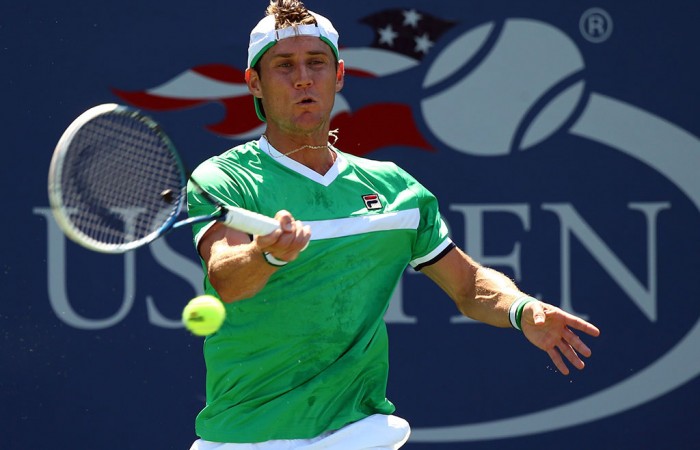 Australian Matt Ebden has progressed to the second round of the US Open with a straight-sets win over German Tobias Kamke.

Later on Monday, his compatriot Anastasia Rodionova also reached the last 64, coming from behind to defeat in-form Italian Camila Giorgi.

It completed a perfect day for Australia on Day 1 at Flushing Meadows, with Nick Kyrgios’ victory earlier in the day meaning that all the Aussies in action advanced to the next round.

He could barely move in the third set before pulling out all stops to clinch a victory over Kamke, an opponent ranked 21 places above him.

The world No.94 needed a medical time-out before rallying back from 4-1 down to take the match.

“I struggled a bit in the third with my hips but I managed to just rely on my ball-striking really, the ones I could touch,” Ebden said.

“It’s just mind over matter. I knew if I got to the breaker, I was seeing the ball well.”

The 26-year-old has never played the South American Mayer before, and will be trying to make the third round at Flushing Meadows for the first time.

After battling through three rounds of qualifying just to make the main draw, Rodionova fought back after being wiped off the court in the opening set to oust highly-rated young Italian Camila Giorgi 1-6 7-5 6-3.

Rodionova hadn’t played a main-draw match since Wimbledon and was ranked 190 places below Giorgi, the world No.31, but once again delivered her best tennis in New York.

“The conditions suit me well and I also have a lot of friends here who come and support me every year,” she said.

The 32-year-old has twice made the last 32 at Flushing Meadows and can do so again with another upset win on Wednesday over Italian 13th seed Sara Errani.

“Why not? I’ll go out there and fight for every point,” Rodionova said.

“I’m really enjoying myself on the court and Giorgi did really well last week – she beat some good players – and I beat her, so hopefully the run continues.”