Ajla Tomljanovic is considered a future top 10 star and a marketing delight, and on Tuesday she makes her Grand Slam debut for Australia at the US Open in New York. 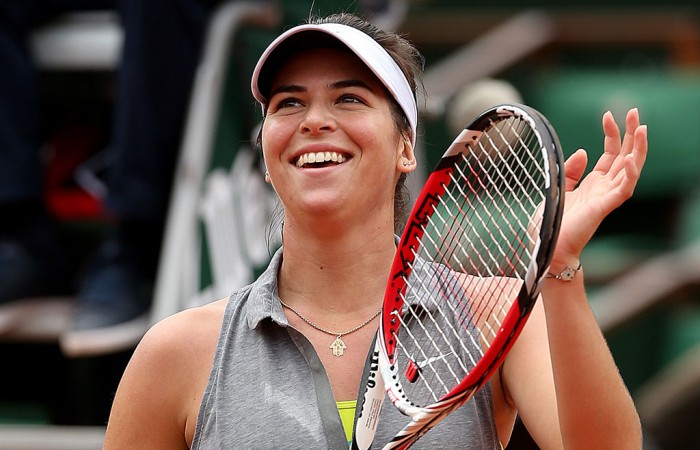 She’s considered a future top 10 star, a marketing delight and on Tuesday she makes her Grand Slam debut for Australia at the US Open in New York.

Tomljanovic, who climbed to the cusp of the world’s top 50 after upstaging the fourth-ranked Agnieszka Radwanska en route to the last 16 at the French Open, had been Croatia’s No.1 women’s player and brightest hope.

But the lure of greater opportunities and access to one of the most sought-after coaches were impossible to ignore.

Taylor guided Sam Stosur to US Open glory in 2011, but it was the years of leg work he put in before that breakthrough that appealed to Tomljanovic, who considered Chris Evert a mentor while honing her power game previously in Florida.

“When I saw that he was with Sam before she was top 10 and winning slams, I really liked the fact that it was a six-year thing,” Tomljanovic said.

“It wasn’t just a flash, so that made me really want to work with someone like that.

“And obviously in the tennis world you know who is really the best coach and I was very excited to have a chance to work with him and I’m very glad it’s still going.”

The pair linked up last December and, like Stosur and Alicia Molik before her, Tomljanovic credits Taylor with giving her on-court clarity and an uncompromising game plan.

With such purpose, the former Australian Open junior doubles champion can focus solely on the process and let the outcome take care of itself.

“My coaches before never said this is the way and that’s it,” she said.

“He’s helped me a lot with my game and he obviously knows what it takes to get to the top level.”

Tomljanovic has a tough opener at Flushing Meadows against 15th seed Carla Suarez Navarro, the Spaniard who halted her fine run at Roland Garros.

Win or lose, the 21-year-old is promising to represent Australia with pride.

“I’ll definitely do my best and fight till this end,” said Tomljanovic, who has family on Queensland’s Gold Coast and will call Brisbane home.

“I’m very excited. I’ve known about this for a while obviously and I’m very happy that the moment has finally come.”