Early rounds the focus for Stosur

Sam Stosur has enough pressing concerns at the French Open to be contemplating possible later showdowns with Serena Williams and Maria Sharapova. 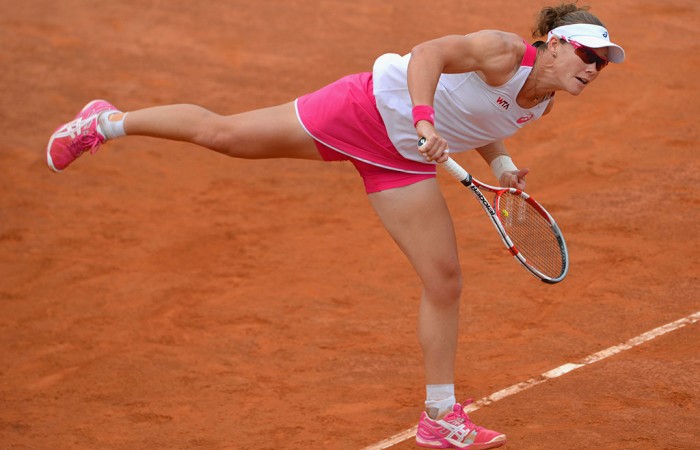 Sam Stosur has enough pressing concerns at the French Open to be contemplating possible later showdowns with Serena Williams and Maria Sharapova.

The Australian, who is likely to open her Roland Garros campaign on Sunday, has paid the price for a drop in the rankings by being dealt a harsh draw at the claycourt grand slam.

The world No.20 would almost certainly need to beat both of the past two champions to make the semifinals for a fourth time, with Sharapova and Williams looming as potential opponents in the fourth round and quarterfinals respectively.

There’s also the small matter of probably having to beat Australian Open runner-up Dominika Cibulkova in the third round if Stosur is to reach the last 16 of a Grand Slam for the first time since 2012.

However the early rounds of major tournaments have been problematic enough in recent times for Australia’s top-ranked tennis player.

And her focus will be on nothing but her opening encounter against Puerto Rican Monica Puig, a rising talent and a dangerous first-round proposition.

“I think a lot of players would say the first couple of rounds are the hardest ones,” Stosur told AAP.

“I feel like if I can get through that, you do feel more confident and good about your game and you can hopefully start playing better and better.”

“You worry about the later rounds when you get there.”

The Puerto Rican upset fourth seed Andrea Petkovic en-route to reaching the final at the claycourt event in Strasbourg this week and she pushed Sharapova in a second-round loss at the Rome Masters.

Stosur is one of many Australians facing challenging first-round assignments in Paris.

Veteran Lleyton Hewitt also has a tricky opponent in Carlos Berlocq; the Argentine world No.48 won a claycourt event in Portugal last month, beating Tomas Berdych in the final.

Should 44th-ranked Hewitt and Tomic both win, they would clash in the second round for their first meeting at ATP level.

Both men will start their campaigns on Monday or Tuesday, along with Marinko Matosevic and Matt Ebden.