Several Aussies will be in action at ATP and WTA stops around Europe this week as they enjoy some final match practice ahead of Sunday's French Open at Roland Garros. 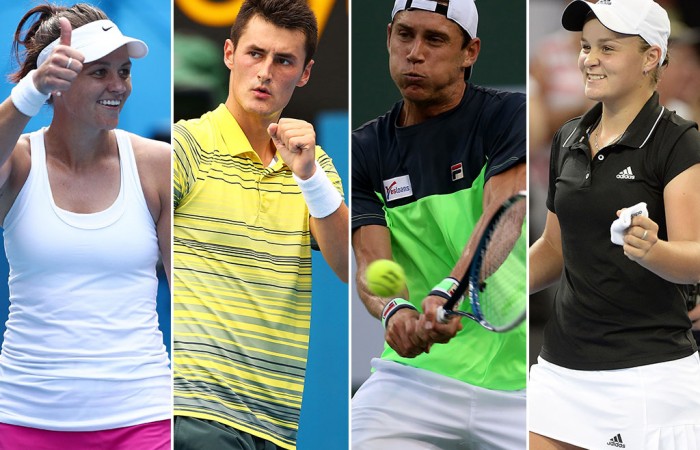 Several Aussies will be in action at ATP and WTA stops around Europe this week as they enjoy some final match practice ahead of Sunday’s French Open at Roland Garros.

Flying the Aussie flag at the ATP 250 event in Nice will be Bernard Tomic and Matt Ebden, with Ebden playing his first round match on Monday against Spaniard Albert Montanes.

The winner faces a second round battle with No.3 seed Gael Monfils of France.

Tomic is expected to open his Nice campaign on Tuesday when he takes on Slovak Martin Klizan, the recent winner of the BMW Open in Munich.

Whoever comes through that match will progress to a second round meeting with second seed Ernests Gulbis.

Across in Dusseldorf, Germany, Marinko Matosevic’s campaign at the ATP 250 event there came to an end on Sunday when he fell in three sets to Adrian Mannarino of France.

However, fellow Aussie Jason Kubler won three matches to qualify for the main draw, and will aim to keep green-and-gold hopes alive when he faces another qualifier, Italy’s Alessandro Giannessi, in the first round.

Meanwhile, in WTA action, Casey Dellacqua will continue her preparation for Roland Garros when she takes on No.5 seed Elena Vesnina of Russia in the first round of the International-level tournament in Strasbourg.

In doubles, she will team with Ash Barty; the 18-year-old Barty remains alive in singles qualifying having won two matches, and will attempt to join Dellacqua in the main draw when she faces qualifying fifth seed Anna Tatishvili.

At the WTA event in Nurnberger, Australia’s Anastasia Rodionova qualified for the main draw with three victories, and lines up next against Slovakia’s Anna Schmiedlova.