Olivia Rogowska's good form in Launceston continues while four Aussies are through to the quarters in West Lakes. 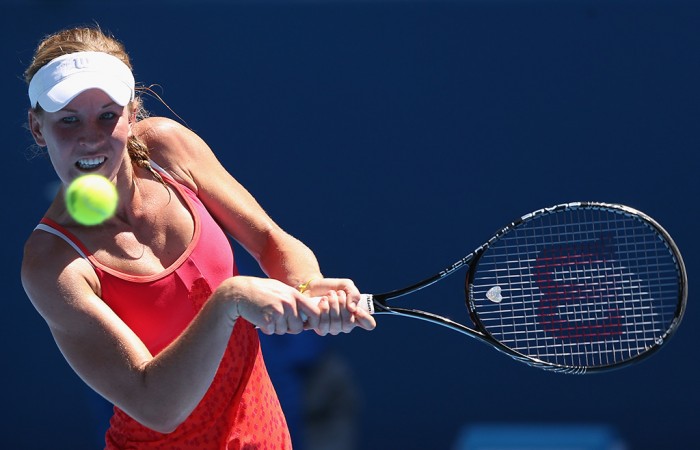 Rogowska was ferocious from the very first ball, claiming the first 10 games of the match. Seemingly out of the match Broady started to hit out, which worked, claiming five of the next six games to square the ledger at 5-5.

In the end Rogowska was able to compose herself and win the next two games to secure the match 6-0 7-5 in a highly entertaining affair.

Waiting for Rogowska in the semifinals is Japanese fifth seed Eri Hozumi. After winning a tight first set in a tiebreak, Hozumi was able to claim a 7-6(5) 6-2 win over young Aussie Azra Hadzic.

Meanwhile, Irena Pavlovic claimed a tightly contested first set before keeping her foot on the gas en route to a 7-5 6-1 win over Elizaveta Kulichkova. This was only Kulichkova’s second loss in Australia.

First up in Friday’s semifinal schedule is Rogowska against Hozumi before Sema faces off against in-form Frenchwoman Pavlovic.

Rogowska and Sema will then return for doubles duty in the afternoon. Rogowska and Monique Adamczak will take on Erika and eureka Sema. The other Aussie still in the draw is Victorian Viktorija Rajicic. Rajicic will partner Miharu Imanishi against good friend Zuzana Zlochova and Kamonwan Buayam.

Barton and Duckworth through to West Lakes quarters

Reigning champion Matthew Barton and second seed James Duckworth have progressed to the quarterfinals of the Charles Sturt Adelaide International at West Lakes.

Duckworth will play American Jamere Jenkins who had a straight-sets win over Australian qualifier Dayne Kelly 6-3 6-4.

In the other two quarterfinals Tatsuma Ito of Japan will take on Australian 21-year-old Maverick Banes in the twilight match starting at 4:30 pm and fifth-seeded Australian John-Patrick Smith plays American number one seed Bradley Klahn in what should be a tightly contested match.