A quadruple dose of mixed doubles pairings featuring Australians is the highlight on Day 8 of the 2014 Australian Open today. 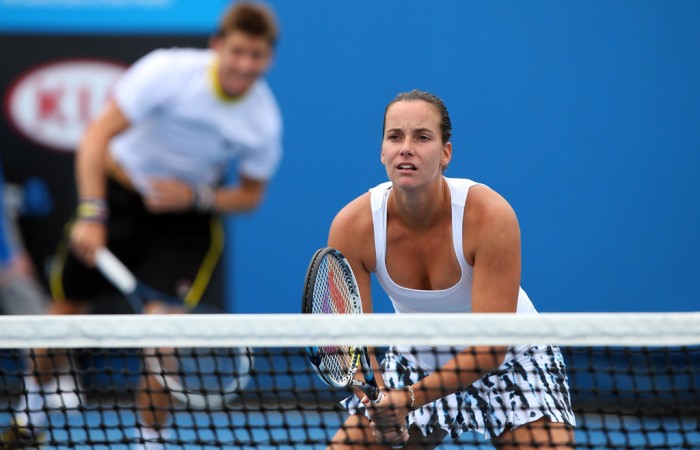 A quadruple dose of  mixed doubles pairings featuring Australians is the highlight on Day 8 of the 2014 Australian Open today.

Defending  champions Jarmila Gajdosova and Matthew Ebden  look to advance to the third round when they take on the seventh-seeded duo of Kveta Peschke from the Czech Republic and Marcin Matkowski from Poland..

Ashleigh Barty and John Peers face the arduous task of tackling the second-seeded Katarina Srebotnik from Slovakia and Rohan Bopanna from India in their second-round clash on Hisense Arena in the afternoon.

Big-serving Samuel Groth teams up with the woman who ended Casey Dellacqua’s singles campaign last night, Canada’s Eugenie Bouchard, when they take on  Jie Zheng from China and Scott Lipsky from the USA in their first-round encounter.

Dellacqua also begins her mixed doubles quest when she links up with Ross Hutchins from Great Britain for their first-round match against Andrea Hlavackova from the Czech Republic and veteran Max Myrni from Belarus.

There is also plenty of Australians in action in the junior tournament which enters Day 3 today.

If you want to keep an eye on all the scores and results as they happen you can follow live scores and not miss out on any of the action from Melbourne Park.