Casey Dellacqua will have star-billing on a super Sunday that is Day 7 of the Australian Open which also includes plenty of doubles action as well as an appearance from the great Pat Cash. 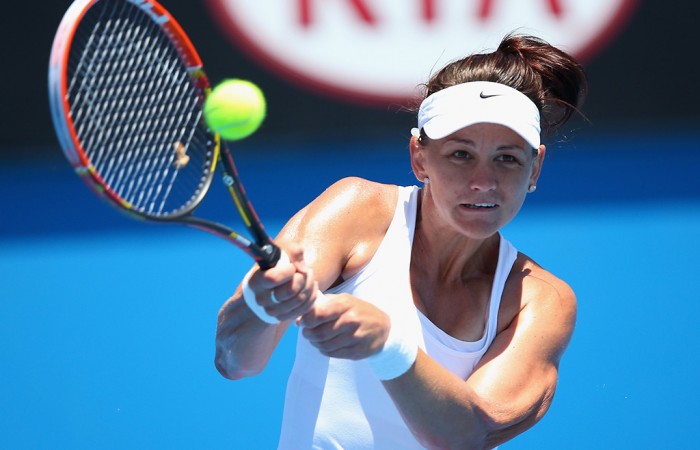 Casey Dellacqua will have star-billing on a super Sunday that is Day 7 of the 2014 Australian Open.

Dellacqua will play her fourth-round match against 19-year-old world No.32 Eugenie Bouchard as she looks to achieve her best result at an Australian Open.

There are also still plenty of Aussies alive in the doubles tournaments too, with Jarmila Gajdosova, Olivia Rogowska, Monique Adamczak, Anastasia Rodionova, James Duckworth, Alex Bolt and Andrew Whittington all on display on Day 7.

An Australia tennis icon takes the court in the legend’s tournament too when 1987 Wimbledon champion Pat Cash takes on Mansour Bahrami. In the doubles, Nicole Bradtke and Rennae Stubbs face two of the greatest female players of all-time in Martina Hingis and Martina Navratilova.

Add to that over 20 Aussies in action in the junior tournament and it makes for a great day of Australian tennis.

You can stay up-to-date with all the happenings through live scores.