Australia will continue to be well represented in the doubles at the 2014 Australian Open with four pairings featuring Aussie’s advancing on Day 6. 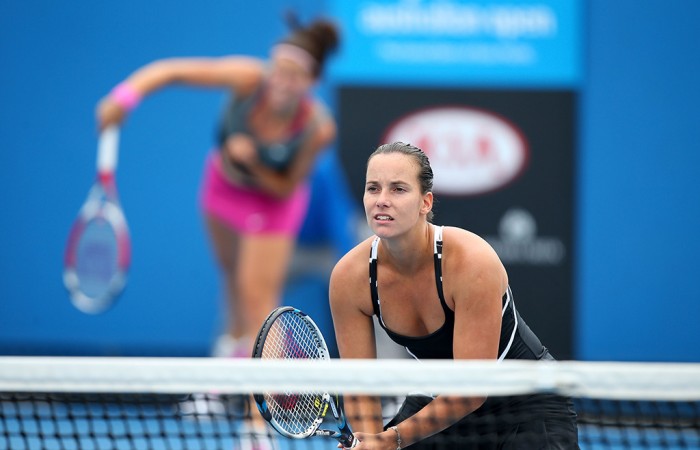 Australia will continue to be well represented in the doubles at the 2014 Australian Open with four pairings featuring Aussie’s advancing on Day 6.

The all-Australian duo of Olivia Rogowska and Monique Adamczak advanced to the third round of the women’s tournament with an emphatic 6-2 6-3 win over Julia Goerges and Barbora Zahlavova Stycova.

Jarmila Gajdosova had a stellar day on the doubles court. Firstly she teamed up with Croatian Ajla Tomljanovic to advance to the third round when they defeated Germany’s Annika Beck and Andrea Petkovic 6-4 6-2.

Gajdosova then teamed up with the man she won the 2013 mixed doubles title with, Matthew Ebden, to defeat compatriots Chris Guccione and Storm Sanders 6-2 6-4 in the first round.

Alex Bolt and Andrew Whittington rounded out the Australian quartet of winners when they upset the third seeded Spanish pairing of Fernando Verdasco and David Marrero in three sets, 4-6 7-5 6-3.

Unfortunately Australia’s fifth-seeded pairing of Casey Dellacqua and Ashleigh Barty bowed out of the women’s doubles event, going down to Timea Babos and Petra Martic in straight-sets 6-1 6-3.