Eight Australians will take to the court in tandem action following the release of the French Open men's and women's doubles draws. 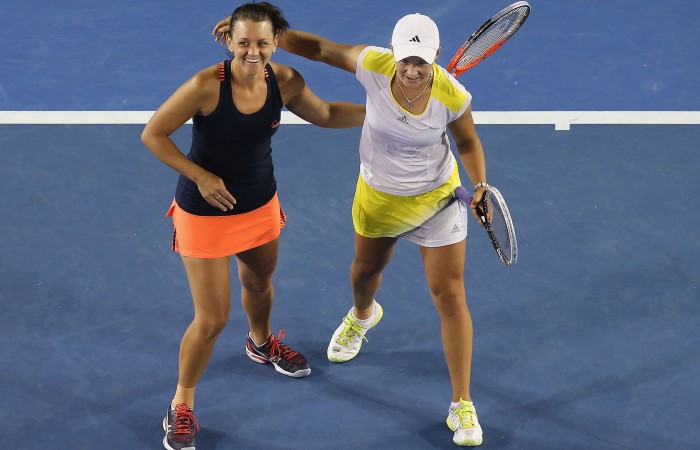 Eight Australians will take to the court in tandem action following the release of the French Open men’s and women’s doubles draws.

The most notable duo is Casey Dellacqua and Ash Barty, who will reprise the partnership that went all the way to the Australian Open final in January.

Dellacqua and Barty are the 14th seeds in the women’s draw, and will open their campaign against the German-Latvian duo of Mona Barthel and Liga Dekmeijere.

The other all-Aussie combination at Roland Garros is Marinko Matosevic and John-Patrick Smith, who are teaming for the first time.

> read about Matosevic and Smith’s partnership

Other Aussie men in the doubles draw are Bernard Tomic, who will partner South Africa’s Kevin Anderson, and John Peers, who will combine with Andy Murray’s brother Jamie.

On the women’s side, Sam Stosur will continue the partnership with Francesca Schiavone which began in Rome and reaped an opening round win at the Foro Italico.

Anastasia Rodionova has entered into the draw with Russian Alla Kudryavtseva; the pair have been handed the unenviable task of facing 12th seeds and wildcards Serena and Venus Williams, French Open champions in 1999 and 2010.