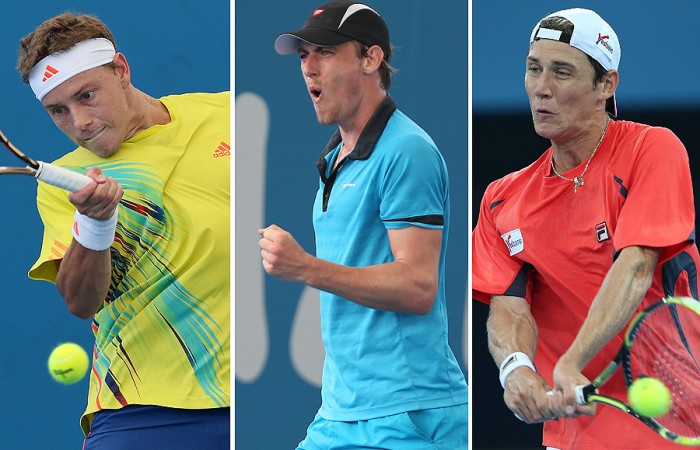 “I am thrilled to receive a wildcard and look forward to returning to Sydney where I had such a great experience last year,” said Ebden.

Ebden, who was also awarded a wildcard into last year’s event, had an impressive run in 2012 taking out seventh seed Marcel Granollers (ESP) in the first round before losing a tough three-set battle to former Sydney champion Marcos Baghdatis (CYP).

The 25-year-old had a successful 2012 season reaching a career ranking high of world No.61 in October and will look to capitalise on the chance to gain valuable experience leading into the Australian Open.

Sydney-raised Duckworth, the current world No.209, is excited about making his third appearance at the event.

“I am excited to receive a wildcard into the Apia International Sydney and look forward to competing in front of my home crowd,” said Duckworth.

Brisbane-based Millman has started the Aussie summer of tennis in great form, winning through qualifying at the Brisbane International eventually losing world No.4 Andy Murray in a tight three-set encounter in the second round.

The 23-year-old Millman will make his second appearance in Sydney, his first in the main draw singles.

The Apia International Sydney will be staged on 6-12 January 2013 at Sydney Olympic Park Tennis Centre.