Canberra’s Nick Kyrgios has taken out the Grade A junior title at the Osaka Mayor’s Cup in Japan. 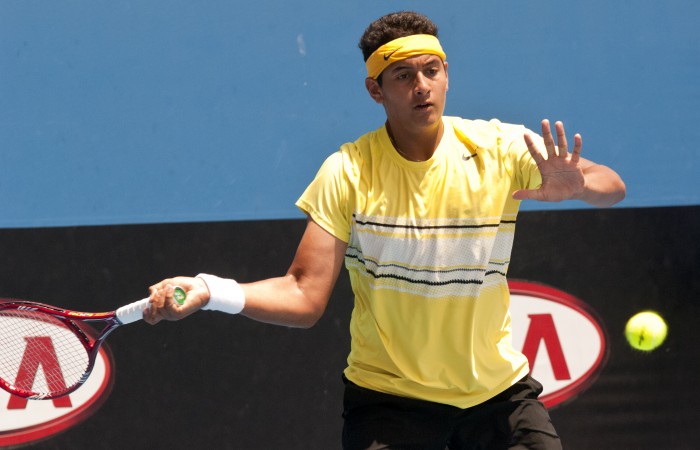 Canberra’s Nick Kyrgios has taken out the Grade A junior title at the Osaka Mayor’s Cup in Japan.

The Canberra junior may jump to as high as No.3 in the world junior ITF rankings after an impressive tournament, where he did not drop a set in six matches.

The current world No.5 junior defeated local favourite Kaichi Uchida 7-6(5) 7-6(4) to take out the title.

Kyrgios said winning his first Grade A event was a huge relief.

“It was overwhelming, just because there was a lot of expectation. I was just glad to get the job done,” he said.

Kyrgios, who is an AIS Pro Tour Program member, said it was a tough match for both players despite the straight-set scoreline.

“I got off to a good start but I always knew he was going to lift his game,” said Kyrgios.

“Yet through all the close, intense points, I managed to play the big points better than Uchida.”

In a successful tournament for Kyrgios, he also finished runner up in the doubles event with compatirot Omar Jasika of Victoria.

Kyrgios was joined in Japan by some of Australia’s top juniors as part of the Asia B1 Tour.

Meanwhile fellow juniors Marc Polmans (Vic) and Sara Tomic (Qld) finished as semifinalists in the ITF Grade 2 event in Thailand while Queensland junior Lizette Cabrera who was forced to retire in the girls’ final.