Matt Reid and Sacha Jones are the newly-crowned champions of the Nyrstar Port Pirie Tennis International after winning their finals on Sunday. 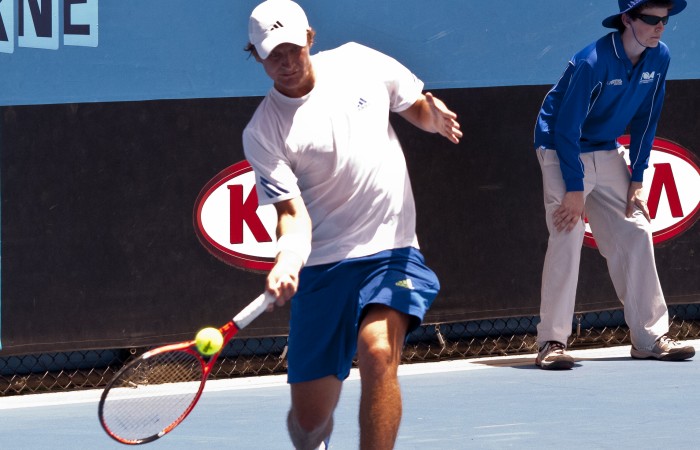 It took the second seed three sets to dismiss his opponent 6-3 3-6 6-3, allowing him to convert his second Futures title in Australia and the fifth in his career to date.

“I felt pretty good out there. I won the first, he won the second and was up a break in the third but I came away with it in the end,” said a delighted Reid.

“It was some of the toughest conditions I’ve ever played in. It was really windy.

“I’m happy though, I’ve built up some confidence to go to the US to play some more Challenger events and hopefully I get some good results there.”

Reid has been focusing on the ATP Challenger circuit this year, with some quarterfinal results overseas and a finals appearance at a Futures event in Canada. He will head overseas on Friday to contest another series of events.

The in-form Feeney has reached the finals of the last two Australian Pro Tour events and looked dangerous during the tournament, especially after he took out top seed Benjamin Mitchell (Worongary, Qld) 7-5 6-3 in the semifinals.

In the women’s final it was the battle of the top seeds with second seed Jones eventually prevailing 6-2 7-5 over top seed Olivia Rogowska (St Kilda, Vic).

It tops off an impeccable week for Jones who only lost five games before yesterday’s final where she claimed her third ITF title for the year and her tenth in her career.

Just two weeks ago Jones lost to Rogowska in the final of the Rockhampton Tennis International. Their head to head count now stands at 4-3 to Jones.

On Friday, Rogowska came from behind to defeat former WTA top 20 player Alexandra Stevenson (USA) 4-6 7-6(5) 7-5, in a match that lasted three hours and 24 minutes. Rogowska saved two match points in the second set to eventually triumph.