The success of several Australians at ITF-level events has seen their rankings significantly improve in this week's ATP and WTA lists. 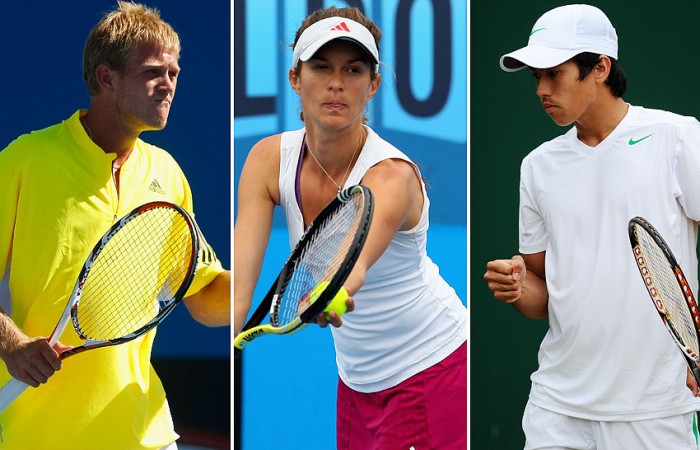 The success of several Australians at ITF-level events has seen their rankings significantly improve in this week’s ATP and WTA lists.

Among those players was Brydan Klein, who jumped 18 places to world No.219 following a win at a recent futures event in Turkey and a run to the second round at the Turkey Challenger the next week.

Ranked outside the top 450 at the beginning of 2012, Klein hits his highest ranking for the season and inches closer to his career-high mark of No.174, achieved in June 2009.

Also making headway was Sam Groth, who ascended 15 spots to hit world No.240, just 20 places off his career-best ranking also achieved back in 2009.

Groth’s rise has come thanks to strong performances on the Australian Pro Tour, which included a run to the final at the recent event in Alice Springs.

Promising 19-year-old Jason Kubler’s 26-spot jump has seen him hit a career-high ranking of No.293, with the Queenslander rewarded for reaching the quarterfinals of last week’s challenger event in Todi, Italy.

Jones, nearing her career-best ranking of No.157 set back in 2010, recently won the Cairns Pro Tour event and followed this up with a run to the final in Rockhampton.

Leaping upwards was Bojana Bobusic as well, who moved from No.245 to No.222 after reaching the quarterfinals in Rockhampton.

Higher up in the rankings there was little movement, with Sam Stosur and Bernard Tomic retaining their rankings of No.9 and No.42 respectively and also their mantles as Australia’s top-ranked female and male players.

But there was some interesting changes nonetheless, with Casey Dellacqua jumping a further three places to No.77 – after being ranked outside the top 100 less than a month ago – and Marinko Matosevic rising one place to a career-high mark of No.60.