After a Day 1 schedule packed with Australians in action, Bernard Tomic will be the only Aussie player flying the flag in singles on Day 2 of the US Open. 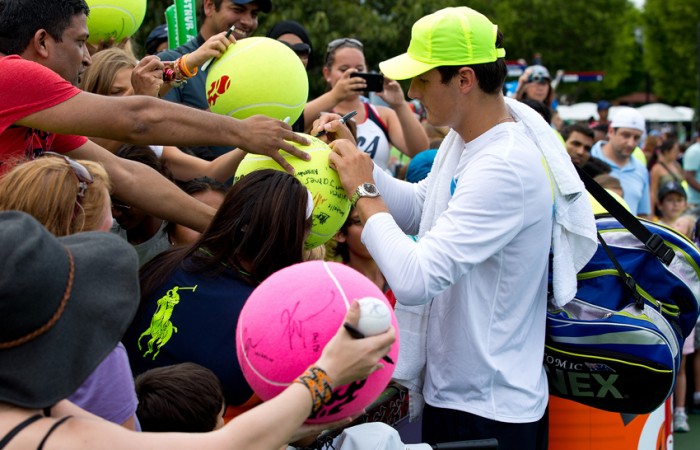 After a Day 1 schedule packed with Australians in action, Bernard Tomic will be the only Aussie player flying the flag in singles on Day 2 of the US Open.

Tomic takes on Argentine Carlos Berlocq in the final match of the day on Court 13, hoping to join compatriots Sam Stosur, Matthew Ebden, Casey Dellaqua and Anastasia Rodionova in the second round at Flushing Meadows.

With the men’s first round spread over three days, Lleyton Hewitt is expected to play his match on Wednesday in New York.

You can keep track of Tomic’s progress by following the official Tennis Australia (@TennisAustralia) handle on Twitter.

The 43rd-ranked Tomic and Berlocq, currently ranked No.44, have met once before, with Berlocq claiming victory in the first round of the French Open in 2011.

Yet Tomic is considered a much stronger player on hardcourts, with the Australian reversing a lean patch of form throughout the European clay and grasscourt seasons once hitting the cement of North America.

His most notable performance was a run to the last 16 at the Cincinnati Masters, where it took world No.1 Roger Federer to stop him.

Aussie Paul Hanley will also feature on the Day 2 schedule, with the men’s doubles first round set to kick off on Tuesday at Flushing Meadows.

You can watch the Aussies in Day 2 action live on Fox Sports 3HD on Wednesday from 1am-3pm. For more information, see our TV Guide.