Casey Dellacqua's semifinal finish at last week's Texas Tennis Open in Dallas has seen her rewarded with re-entry into the top 100. 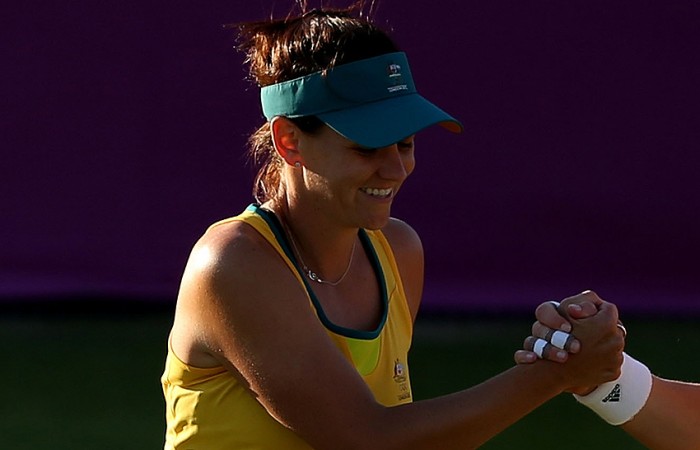 Casey Dellacqua’s semifinal finish at last week’s Texas Tennis Open in Dallas has seen her rewarded with re-entry into the top 100.

The Western Australian jumped 14 places to world No.92, in the process overtaking Jarmila Gajdosova as Australia’s second-ranked woman.

Gajdosova moved up one place to world No.99 this week, while Stosur remains Australia’s No.1-ranked player at world No.7.

Dellacqua’s run in Dallas saw her qualify for the main draw and upset a string of higher-ranked opponents – all in straight sets – on her way to the final four, seeing her build a five-match winning streak before falling in two tight sets to Jelena Jankovic.

Since her comeback to tennis from injury-marred 2009 and 2010 seasons, Dellacqua quickly shot back up the rankings in 2011 after sizzling results on the Australian Pro Tour.

She re-entered the top 100 for one week in May this year (at No.96) after winning the ITF Fukuoka title, before dropping outside again and hovering in the low 100s ever since.

Yet Aussie No.5 James Duckworth fell 22 spots after the points from winning a Futures title in Italy at this time last year came off his ranking.

> see how the Australian men are performing in the ATP rankings