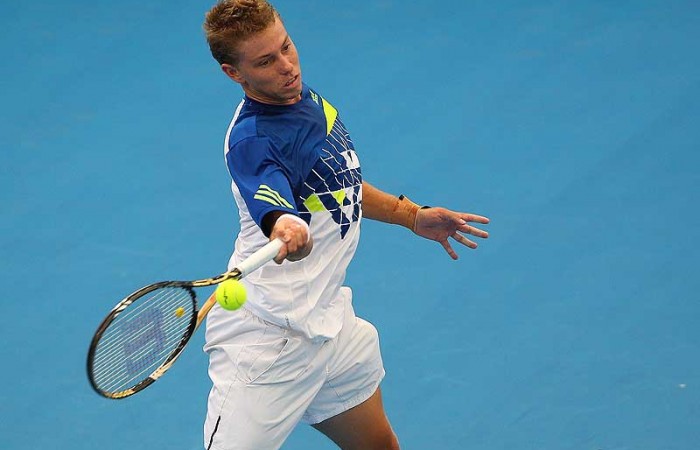 Given the last wildcard for the tournament, Duckworth made the most of his opportunity with a 6-4 6-4 triumph over the world No.80 for a rare Australian men’s victory in the four-year-old tournament.

The barrell-chested 19-year-old, ranked 275th in the world, showed great composure in the second set when he fought back from a break down to close out the match in 71 minutes at Pat Rafter Arena.

Duckworth, one of five Australian men in the main draw, will now play the winner of the match between second seed Gilles Simon and American Ryan Sweeting in the second round.

In the women’s draw, third-seeded Italian Francesca Schiavone progressed to the second round after Kazakhstan’s Ksenia Pervak retired after just eight games with a headache.