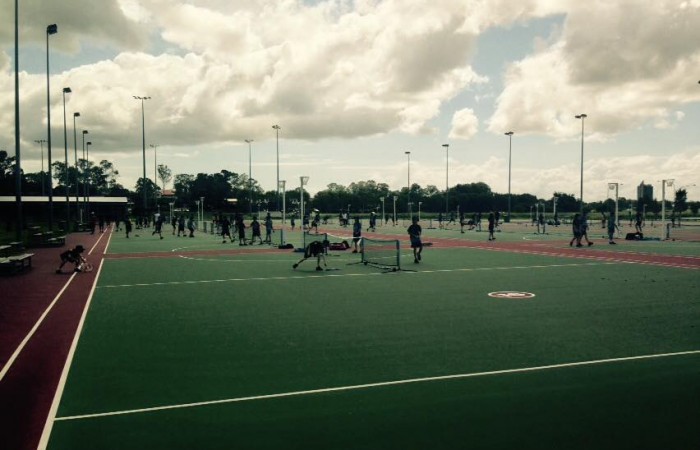 The 2016 Multisport Gala Day saw 4 Gold Coast schools come together at Firth Park in Mudgeeraba try their hand at a range of sports in a social environment.

Each group of students was around 130 – 150 students which required a set up 50 Hot Shots courts to allow 100 participants to play at the same time.

Short and sharp social tennis games were organised so rotations were quick and students were required to always play with a partner from a different school which encouraged everyone to be social and make  new friends.

A day like this doesn’t work without staff and Tennis was lucky to have fantastic assistance from Glen Bowe at Break Point Tennis and Jono Dent from Platinum Tennis Nerang as well as two staff from Tennis Queensland.

With approximately 600 kids exposed to modified Tennis it was a great day and everyone had a blast playing Tennis Hot Shots and meeting new friends.

A big thank you to the schools who were involved and their dedicated PE Teachers who planned and facilitated the day  which made the whole event run smoothly.