Queenslanders advance to the final round of Wimbledon Qualifying 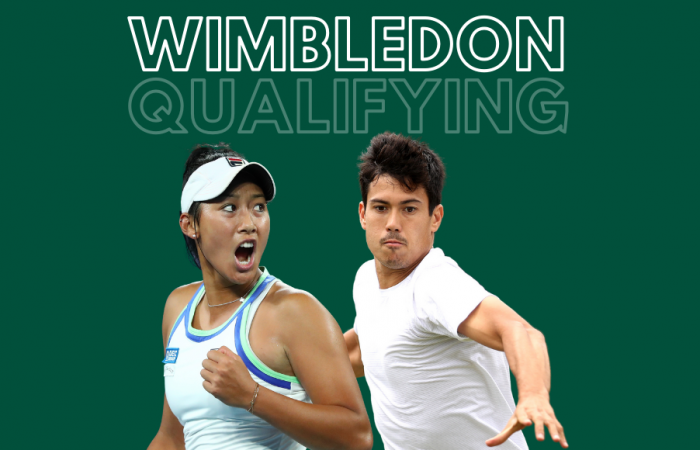 Queenslanders Jason Kubler & Priscilla Hon are fiercely contesting a place in the Wimbledon main draw this week after battling their way through the first and second rounds of Qualifying. The Queensland pair are hoping to go all the way and  join fellow Queenslanders Ajla Tomljanovic and John Millman in their respective main draws.

[2] Jason Kubler (AUS)
Gentlemen’s qualifying singles
Kubler has won 31 of his 38 matches since March, a run that includes one ATP Challenger title, two ITF titles and reaching the second round at Roland Garros as a qualifier. Recently returned to the world’s top 100 for the first time since 2018, the 28-year-old Aussie now has his sights set on qualifying at Wimbledon for a second time. World No.98 Kubler has a clear edge in experience, with the 29-year-old from Brisbane already boasting a 7-2 career win-loss record in Wimbledon qualifying. The second-seeded Kubler has momentum on his side right now too, winning 14 of his past 16 matches.

Priscilla Hon (AUS)
Ladies’ qualifying singles
Hon, who progressed to the final qualifying round at Wimbledon last year, carries positive momentum into her fourth qualifying campaign. The 24-year-old won an ITF title on hard court in late May, then made a seamless transition to grass by winning three matches at Ilkley last week. Having won 10 of her past 12 matches, the world No.192 winning is looking to advance to the final qualifying round at Wimbledon for a second consecutive year.