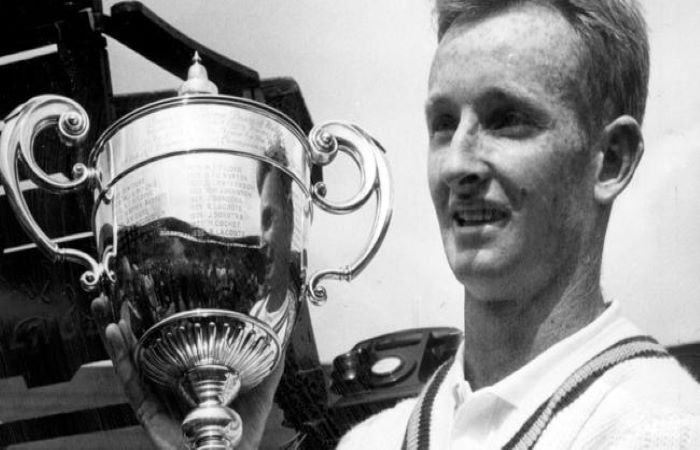 Queenslanders are being encouraged to don their Wimbledon whites on July 8 to celebrate Rod Laver Day after being embraced in 2021.

The day of celebration honours Queensland’s most successful tennis player, Rod Laver and coincides with the 60th anniversary of Laver’s first of two Grand Slams, where he won all four major championships in the 1962 calendar year.

Clubs, tournaments and players on home courts will follow Wimbledon’s dress code by wearing only white tennis clothes on the day.

Queenslanders are also being asked to dig out their wooden racquets to share their best wooden racquet rally on social media using the hashtag #RodLaverDay.

Tennis Queensland General Manager, Elia Hill said, “Rod Laver Day is a fantastic way to celebrate the success and impact of Rod Laver on tennis in Queensland, as well as celebrating Wimbledon”.

Known widely as the ‘Rocket’, he was ranked world No. 1 in nine different years, which is an all-time record in tennis. He is the only player to win all four grand slams in the same calendar year twice. Laver had a long-running friendly rivalry with fellow Queenslander Roy Emerson, another great Australian champion, which included 67 matches!

Laver was inducted as a Legend of Australian Sport in 2002 and was formally announced as an Australian Living Treasure. He was also inducted into the Queensland Sport Hall of Fame in 2009.

Centre Court at Melbourne Park is named in his honour Rod Laver Arena and a footbridge in Brisbane, connecting the Yeerongpilly rail station to the Queensland Tennis Centre, also bears his name.

Celebrate July 8th at your local tennis club wearing your best whites and smash a ‘Rocket’ serve with a wooden racquet! Post your pictures or videos on Facebook or Instagram with #RodLaverDay!