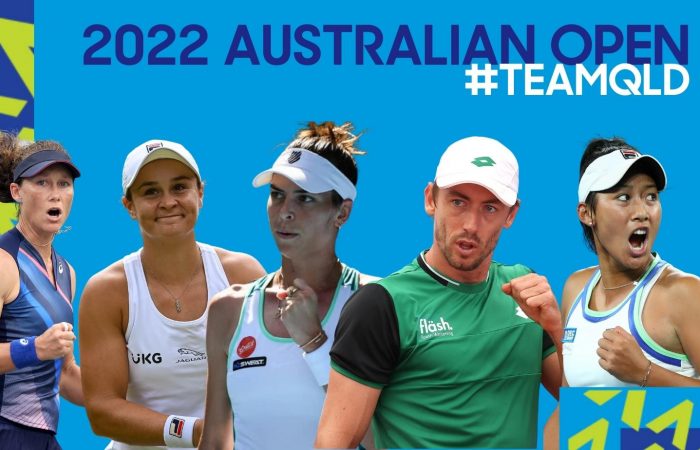 Five Queenslanders have made it into the 2022 Australian Open main draw with world No.1 Ash Barty headlining the women’s singles draw. Ash, in pursuit of a third major and the first at home, begins her campaign against a qualifier and then faces an early hurdle with defending champion Naomi Osaka looming as a likely fourth-round opponent.

Five-time Olympian, Sam Stosur, a wildcard entry playing the final singles event of her Grand Slam-winning career, has drawn American Robin Anderson in the opening round. It is the 37-year-old’s 20th Australian Open, tying Lleyton Hewitt for most main draw appearances by an Australian player, a stunning reminder of Stosur’s remarkable longevity in the sport.

Ajla Tomljanovic faces No. 8 seed Spaniard Paula Badosa. They most recently met in the Sydney Tennis Classic with Paula taking the title. Wildcard Priscilla Hon faces the No. 31 seed, Czech Marketa Vondrousova, in the first round and is one to watch after recently defeating World No.17 Petra Kvitova at the Adelaide International.

In his 8th appearance at the Australian Open, John Millman will face Spaniard Felician Lopez in the opening round.

Main draw action begins at Melbourne Park on Monday 17 January. Follow our players and all the action at the 2022 Australian Open here.