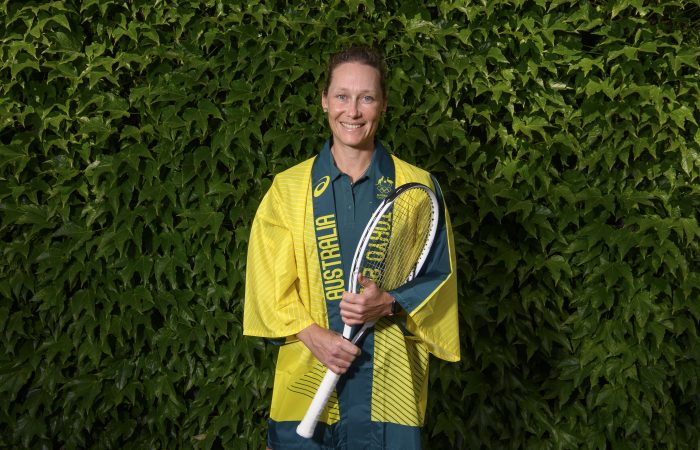 Queensland’s current Olympic tennis stars have predicted a new wave of world-class tennis players will be inspired following the news that Brisbane will host the 2032 Olympic Games.

Brisbane was formally announced as the host city after a vote of the IOC congress in Japan, just days before the Tokyo Games commence.

Brisbane’s John Millman said the Brisbane Olympics would be a defining moment for his home city and will inspire so many more players to set and chase new sporting dreams.

“I’m a proud Queenslander. I’m a proud Brisban-ite I think for local junior players that are playing now, it really gives something to aspire to and the thing is what you need to have as a kid and what I had as a kid, is a dream. Not just with tennis players, but any young aspiring athlete is, is to dream big,” Millman said.

“One of the biggest dreams you can have is to represent your country in the Olympic games. It’ll give a ream dreamer a goal to represent their country in a home Olympics. I think that would be one of the most special things that you could aspire to.”

“I think to have an Olympics in your home country in Australia is going to be amazing. If you are 15 or 16 years old and playing at the moment, and you know that there is an Olympic games coming up… that’d be absolutely something fantastic to strive for,” Stosur said.

Another Queensland player, Ajla Tomljanovic is already planning to be in the stands for 2032 Olympics.

“Congratulations to the hundreds of people who have worked so hard on winning Brisbane’s right to host the 2032 Olympic Games,” Mr Nicol said.

“This is an exciting opportunity for Queenslanders and Australians to show the world, once again, that the best international sporting events are held here. Brisbane is a perfect city to hold the Olympics and we look forward to playing our part by welcoming the world’s best tennis players to Pat Rafter Arena.

“We are currently seeing how tennis, through Ash Barty’s Wimbledon victory, can inspire new people to take up our sport. I predict, this Olympic announcement is going to accelerate the growth of all sport in Queensland.”

“It’s a great city. They’ve got great sporting facilities, particularly the tennis facility. To watch an Olympic games there, It will be just so special,” Duckworth said.

Alex deMinaur, is supporting the Australian Olympic tennis team from home after testing positive to Covid-19. He was thrilled with the announcement that Brisbane will host the biggest sports event in the world.

“I’ve been hearing all about it from Johnny Millman. To have it in Sydney, and now in Brisbane,  just shows, to have all the best athletes in the world come for the biggest, event in the world….it is pretty unique.”