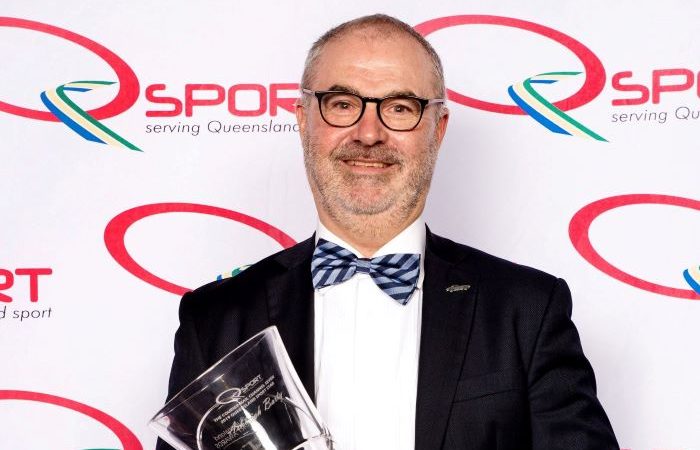 Rob Barty, father of world No.1 Ash Barty, is among four new Directors to join the Tennis Queensland Board, at the final board meeting of the year on 23 November, 2020.

Rob has spent the last year actively touring clubs in regional Queensland to share the secrets of his daughter’s on-court success. He was appointed by existing members of the TQ Board at a special meeting convened on Monday 9 November.

“I decided to nominate for a Board position as being someone who grew up in North Queensland and played sport at a state and national level, I wanted to be involved in growing the sport all around the state, and ensuring that the opportunities for involvement in the sport throughout all areas of Queensland are as equal or as similar as possible,” Rob said.

“My aspirations for my term on the Board are to ensure it is a platform for open, honest and frank discussions regarding the strategic direction of the sport and to ensure rural regional and remote areas are serviced in an appropriate manner.”

Richard Watson was also re-appointed by the Board on Monday and Club owner, Roanne Lemmon Warde was appointed as a new Director. Roanne represented South Africa as a junior player and is currently the head coach at Brookfield Tennis Centre.

Jane Prentice is the former Federal member for Ryan, who served in the House of Representatives for 9 years. She was a strong advocate for tennis throughout her political career, including the 10 years served on the Brisbane City Council.

Paul Horn of Edge Hill Tennis Club in Far North Queensland was re-elected to serve a further three year term, whilst Anthony White joins the board for the first time and brings with him a wealth of knowledge consisting of a lifetime of playing and professional coaching experience as well as many years as a corporate business owner/operator.

“I welcome our new Directors and thank each of you for volunteering your time to move our sport forward.

“Tennis in Queensland is thriving. Our communities have built resilience and a sense of connection through the hardship of recent times. They are ready to celebrate a strong return as we continue to rebuild and grow,” Mr Nicol said.

“I look forward to working with our new members as we support Queensland’s tennis delivery network on the road ahead.”

Mr Nicol would like to acknowledge the invaluable contributions made by outgoing Board members, Paula Robinson and Colin Casswell.

“Both Paula and Col’s contribution has shaped our direction and the leaps forward we have taken in recent times,” Mr Nicol added.

“Each leaves a lasting legacy in their contribution to the Tennis Queensland 2024 Strategic Plan and our response to navigating the sport beyond the COVID-19 pandemic.”

“The passion Paula and Col have for our sport is undeniable and we are extremely lucky that both remain connected and committed to the sport moving forward. Col and his family exemplify the best of tennis in North Queensland and Paula will bring her intricate understanding of the Queensland landscape to her role as the Gender Equality National Taskforce Chair.

I wish both the best in their next chapter.”

The Tennis Queensland Board composition