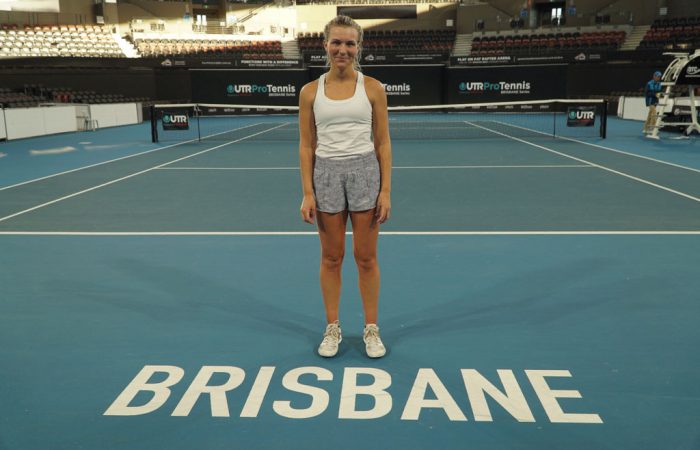 Kubler defeated Townsville’s John-Patrick Smith in the men’s final 6-3 6-2 in Pool A.

“It feels really good. Haven’t played a match for four months now, so it was good to be out there, good to play on Pat Rafter Arena as well,” said the 27-year-old Kubler, noting that the UTR Pro Tennis Series also provided an opportunity for his competitive debut on the famous court.

“I haven’t had the experience yet, so it was nice to play out there, then nice play all the guys I’m training with and all the guys from Queensland.”

“I don’t think it could have got any tighter in the end, but I thought we both played really well at times and there was a bit of a lapse for each of us,” said Inglis, after securing the one hour, 40-minute contest in the match tiebreak.

“But I thought we both played a really good tiebreak, so it was a good way to finish it.”

Pool B matches began over the weekend, with Scott Puodziunas leading the men’s after the group stages, and Lara Walker ahead in the women’s.

The UTR Pro Tennis Series is being played across five Australian cities and was created to provide players with the opportunity to compete for $450,000 in prize money following the months-long suspension of the international tours due to the COVID-19 pandemic.

Strict biosecurity measures are in place at each event.